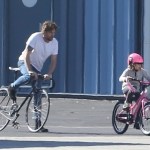 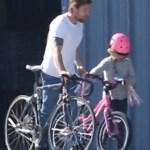 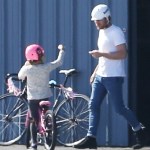 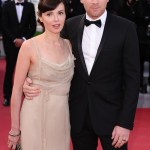 Clara McGregor blasted those who leave her mom, Eve Mavrakis, as ‘a**hole men’ — but she denied afterwards that the comment was directed at her dad, Ewan!

UPDATE: Ewan McGregor’s daughter, Clara, denied calling her dad an “a**hole” after her Instagram comment from Jan. 14 blew up. “Let’s make one thing clear. I was not attacking my dad or calling him [an] a–hole,” Clara posted to her Instagram Story on Jan. 16. “I was simple saying she deserves someone who isn’t one.” You can read her original conversation with a fan regarding her mom and Ewan’s estranged wife, Eve Mavrakis, below.

ORIGINAL STORY: It appears that Ewan McGregor, 47, is back in the hot seat after his daughter Clara, 22, indirectly blasted him for leaving her mom Eve Mavrakis, 52, for actress Elizabeth Winstead, 34, in 2017! After the cheating scandal made headlines, Clara said that she’s “still very close” with her dad to The Times in an Aug. 2018 interview, but it sounds like her attitude has since changed. The model recently wrote that she keeps her mom away from “a**hole men who leave” her “goddess of a mother,” after a fan advised Clara to keep Eve “away from [her] boyfriends.” The shocking exchange went down under a sexy bikini photo of Eve that Clara shared to Instagram on Jan. 14 — see it below! HollywoodLife has reached out to Clara’s rep for comment.

Although it was an indirect attack, it’s the first time Clara has shaded her dad since he filed for divorce from Eve in Jan. 2018, following 22 years of marriage. While the scandal was still relatively fresh, Clara first took aim at her dad’s Fargo co-star, Elizabeth. She called Elizabeth a “piece of trash” under an Instagram fan account in July 2018, an insult she explained — but didn’t apologize for — a month later. “There had been a lot building up to it and a lot to deal with — not to make excuses or anything — but, yeah, it wasn’t my finest moment,” Clara told The Times in Aug. 2018. “It wasn’t the right way to go about things, but it’s a hard thing to wrap your head around when you feel you had this idea of what the family unit is and then to have that shift. It’s very weird.”

Clara also claimed that her family was already “trying to cope” even before Elizabeth and Ewan were photographed kissing in Oct. 2017, which is when the public first learned of the relationship. “It was incredibly surprising to me that they had gone out in public,” Clara added, as “the picture surfaced” on her “little sister’s birthday.” Clara’s 17-year-old sister, Esther, even sang about her ruined birthday in “Made you a man,” which she posted to Instagram on Jan. 17. In one of the verses, she sings, “Seeing those pictures, they’re making me cry / Happy birthday to me—am I right?”

Clara still defended her dad in the August interview, saying that Ewan didn’t know paparazzi was tailing his and Elizabeth’s date. “I love him and I always will,” she told the publication. “The relationship’s not going to end because of this. We are incredibly close and despite me strongly disagreeing with how he’s gone about things, I’ll always love him, and I hope he’s happy, you know?” We’re hoping that everything’s still okay between the two, despite Clara’s comment above.