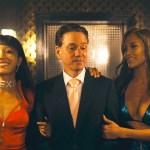 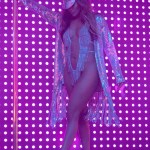 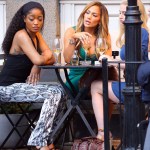 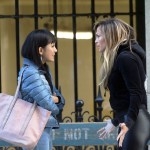 Keke Palmer is not surprised about the Oscar buzz surrounding ‘Hustlers!’ The actress & TV host spoke to HL about the super successful new movie!

Keke Palmer has been hustling across the country (and abroad for TIFF!) to promote her box office-breaking film Hustlers! The actress, who plays the beloved Mercedes in the Lorene Scafaria film, spoke to HollywoodLife about the movie and praised her co-stars for their equally incredible performances. “When we did the movie, I thought to myself, ‘This is a great movie.’ Of course, you never know how people are going to react when they see a film, but to get this response and the critical acclaim — it’s an awesome feeling when people respond to your work,” she explained at the BlogHer Creators Summit. “In our society, there’s so many weird ideas that we have to deal with, like the thought that women can’t do something like this or this kind of film can’t exist. I think [the success of Hustlers] just proves that that’s total crap sh*t and that this is just a great movie.”

Keke continued to gush over her co-stars, and revealed their “sense of respect for each other” is why their chemistry translated so well to the big screen. “The respect we have also for Lorene, the excitement we have for the project…just the idea of putting our best foot forward. And then over the course of that, you’re spending long hours with everyone and you start to get to know everybody,” Keke praised. “I’m always into the signs, so that’s my icebreaker. I’m always like, ‘what sign are you?’ I found out immediately that Lili [Reinhart] was a Virgo, and that’s how we immediately hit it off. Then, of course, I grew up loving Jennifer Lopez. I love Constance [Wu]‘s work, as well, and all the other girls that I met throughout the project. You’re there all the time and you end up having these special moments that create a bond.”

When it came to the Oscar buzz and critical acclaim Hustlers has received, Keke added that she wasn’t surprised at all. “I think [Jennifer]’s performance was incredible,” she said. “When people see the preview of the trailer, they might think one thing about the film, but when you watch the movie, you definitely see that Oscar-worthy quality represented. So, the fact that people got it like I did when I saw it and showed the appreciation for it, that’s what I was happy about.”

Make sure you see Keke Palmer absolutely slay in Hustlers, in theaters now! And, catch her on Strahan, Sara and Keke at 1 PM on ABC!