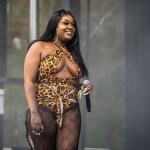 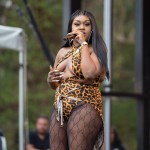 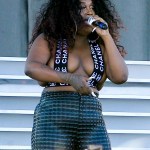 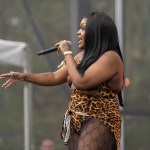 In a now-deleted tweet, Cupcakke slammed singer, Chungha’s, dancing skills, and fans stepped up to the K-Pop star’s defense after the diss.

“THEY CAN NOT DANCE FOR S***,” Cupcakke tweeted on Sept. 22, along with a video of K-Pop star, Chungha, dancing. “These the dances I do when I got to pee foh.” The rapper’s tweet was eventually deleted, and as of press time, her Twitter account appears to have been suspended or deleted entirely. However, the tweet was up for long enough that Chungha’s fans took notice, and they were not happy with Cupcakke’s diss. “Miss Cupcakke really had the audacity to come for Chungha,” one person wrote. “She needs to learn her place, quickly.”

Someone else added, “Cupcakke had no reason to come for Chungha like that. She did nothing,” while another person ranted, “Maybe if Cupcakke stanned Chungha she’d learn how to empower women instead of tearing them down.” In another now-deleted tweet, which was captured by fans in a screen shot, Cupcakke wrote, “Who? Chungha? Are you asking me if I chew gum??? I’m confused.” This set fans off even further, as they pointed out that it was NOT okay for Cupcakke to mock Chungha’s name.

On Sept. 21, Cupcakke also came under fire for another series of tweets about Shawn Mendes and Camila Cabello. She claimed that Camila is a ‘racist’ and alleged that she hooked up with Shawn herself before he started dating the “Shameless” singer. Fans of Shawn and Camila were absolutely livid about the allegations, and they defended the singers against Cupcakke, as well.

Maybe if cupcakke didn't came for Chungha she wouldn't get dragged by kpop stan twt pic.twitter.com/JE6KB8CSvS

This is not the first time that Cupcakke’s social media activity has sent fans into a frenzy. Earlier this year, she worried her loyal followers by tweeting that she was “about to commit suicide.” She later confirmed that she was hospitalized after the incident, and admitted that she had been dealing with “depression” for quite some time. Luckily, she was okay.