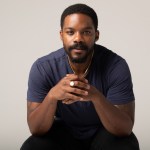 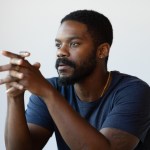 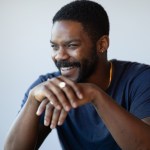 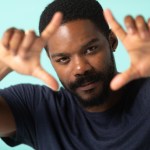 Jovan Adepo played the adult Antron McCray in the Emmy-nominated ‘When They See Us.’ He spoke EXCLUSIVELY with HL about Antron’s complicated dynamic with his father, the show’s impact, and more.

People have not been able to stop talking about When They See Us since it was released in May 2019. The critically-acclaimed mini-series about the Central Park Five (now known as the Exonerated Five) is up for 16 Emmy nominations this year. Jovan Adepo played the adult Antron McCray and his performance alongside Michael K. Williams and Marsha Stephanie Blake, who played his onscreen parents, was nothing short of powerful. Jovan sat down EXCLUSIVELY with HollywoodLife about taking on the role of Antron.

Jovan revealed he had “just under a week” to spend time with Antron. Getting Antron’s blessing to tell his story was “incredible,” Jovan. However, he admitted that there was a “huge obligation” to play a real-life person and a “responsibility to play them with as much honesty and sincerity as you can.” Jovan also discussed Antron’s complex relationship with his father, convinced his son to sign a false confession.

Were you prepared for the huge reaction to When They See Us?
Jovan Adepo: I had an idea that it would connect with a lot of audiences, but I didn’t know people would latch onto it as quickly as they did. I think, when new Netflix projects usually come out, it takes a bit of time to pick up momentum. I feel like the day it came out it was, like, wow. Everybody was talking about it on social media, so it was really quick. That was definitely shocking.

How much time did you spend with the real Antron McCray in preparation for portraying him in When They See Us?
Jovan Adepo: It was just under a week. I was getting ready to leave the country to work on Jack Ryan and I didn’t really have a lot of time. Ava [DuVernay] wanted me to connect with him before I left the country, so she flew me out to Atlanta. I spent a week with his family and with Raymond [Santana] as well, because they lived there like neighbors, basically. So I got a chance to really sit down with him and his family and see how he lives day-to-day now. We really got a chance to talk about that moment in his life and what he’s been doing to get past that and move on in a positive way.

How did it feel to have his blessing to tell his story?
Jovan Adepo: It was incredible. It’s something that’s kind of hard to really put in concrete words because I feel like there’s a huge obligation that you always have when playing someone who’s real. I think we have much more of a creative license when we’re playing fictional characters, but when we’re playing someone who is still alive, you have a responsibility to play them with as much honesty and sincerity as you can, but also play them in a way that audiences can connect to it in a dramatic way.

What was it like exploring Antron’s complicated relationship with his father?
Jovan Adepo: It was a bit difficult because he doesn’t talk about his father that much, even in private. I got to learn a lot about Antron, but that’s still very much a silent subject for him. We did a panel with Oprah [Winfrey] not too long ago, and you could still tell that that’s still very much a sore spot in his life, so I could only really try to represent what I think he would’ve wanted to just share with his father if he was still living, based off what he told me when we met.

Are you still in touch with him or the rest of the Exonerated Five?
Jovan Adepo: Absolutely. I think everybody still talks on Instagram. Raymond’s really active on social media, but Antron’s not really a social media kind of guy, and I kind of relate to him in that way sometimes, depending on my mood. I’m actually texting as much as I can, and we still kind of shoot the breeze, or whatever you want to call them.

Did you talk with Caleel Harris about the role or did you guys bond with one another?
Jovan Adepo: I didn’t get a chance to talk to him because of the timeline and the way the casting went. I think Jharrel [Jerome] was one of the earlier ones cast. He might’ve been the first person who was cast, but once I got the job, I had to leave, so I couldn’t just communicate with the other guys as much. I was talking to Ava about Caleel’s performance and gave me little tidbits here and there. After that, it was like a weird way that we were still very similar, and it was kind of like a lucky thing, as far as us.

Do you feel like this project has really done a lot for society and continuing the conversation?
Jovan Adepo: Absolutely. I think people are still talking about it as intensely as they were the day it came out. And not just the project itself, but the subject matter that the project is based on. People are still very, very forward about wanting changes and wanting to at least take initial steps in making that happen.

What changes specifically would you say that you’ve noticed or maybe that you and Ava have discussed?
Jovan Adepo: Me and Ava haven’t really spoken much about it specifically together. I know that she’s been taking a big stand on people being aware of how flawed the justice system is in itself and just wanting to get more people aware of it and talking about it. I think, if the general public is talking about it much more with confidence and with a little bit more aggression, not necessarily in a bad way, but just be more confident in the conversation, that’s what’s needed to start to see change.

You’re going to star on The Stand. Can you talk about joining the Stephen King universe and what that means to you?
Jovan Adepo: I think it’s awesome. I’ve been a big fan of Stephen King for a long time. It was one of my favorite stories of his. It was an honor to get to join an incredible cast. I feel like they’re still adding cast members to it, but the people that are part of it thus far, it’s just a blessing to be a part of it. I’m a big fan of Josh Boone’s work, who is the creator of this mini-series. If you get that phone call, and you get to join this team and contribute in any way, it’s amazing. I can’t complain.

You were also a part of Live in Front of a Studio Audience: Norman Lear’s All in the Family and The Jeffersons, which is also Emmy nominated. Did you guys realize what a hit that would be?
Jovan Adepo: People knew because Norman Lear has earned the respect of so many people. We knew that it was going to have this nostalgic effect. But even for the new audiences, I could’ve never guessed because I wasn’t really watching that when I was coming up. I think that was a little bit before me. It was one of those things, when I got the job, that my dad and my mom were like, “Oh, my God. You’re going to play Lionel Jefferson.” I was like, “Yeah, this is going to be cool.” Again, it was an opportunity to get to work with a beautiful cast and it was just awesome. I just used that moment to be a sponge and take the opportunity to enjoy working with great artists and being a part of history. Everything else that happened after that, you could never expect it, but it’s an honor to be a part of it.