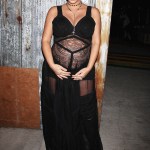 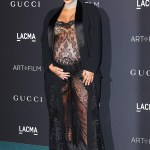 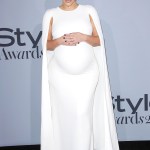 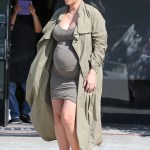 Kim Kardashian was determined to have a light pink manicure when she gave birth to daughter North. When told she had to deliver immediately, she delayed going to the hospital by two hours to get her nails done.

After a problematic first pregnancy with now six-year-old daughter North West, Kim Kardashian got a call from her doctors in June of 2013 that she had the dangerous condition preeclampsia and had to deliver her baby immediately. But that didn’t work out with how her nails looked. She wanted a nice girly pink manicure when her first-born entered the world and has revealed she put off going to the hospital for two hours so she could change up the color. The 38-year-old mother of four recalled the story on pal Jonathan Cheban‘s Foodgod: OMFG podcast on Sept. 19.

Kim explained that she and Jonathan were driving around being chased by the paparazzi. “So we’re racing trying to ditch them and then at that moment I get the call saying, ‘Hey, you have preeclampsia, you have to deliver right now.’” But she didn’t go straight to the hospital. “I went home and they were like, ‘You have to deliver today.’ And my nails were, like, dark. It was when I was still in my Linkin Park After Dark phase of nails or like my Burgundy nails,” Kim recalled. “And I was like, ‘Oh, no no, I’m having a girl. I really need a nice light pink nail for delivery.’ So I told the doctor, ‘Are you sure I have to deliver right now? Can you give me like two hours?’ And he was like, ‘Fine, meet me in two hours.’”

She then explained how she was able to sneak into Cedars Sinai without the paparazzi on her tail. Kim said she parked her car at the Beverly Hills Hotel then had a friend drive her to the hospital. It was there that she ran into Apple co-founder Steve Wozniak, 69, in the parking lot. She had previously arranged a surprise meeting between him and her future husband Kanye West as a combined birthday/Father’s Day present to Ye.

“I was like, ‘Hey guys!’ I ran into them in the parking lot at the Beverly Hills Hotel and I’m trying to sneakily park my car. And I’m like, ‘I’ll see you in two days for Father’s Day!’” Kim said. “So they ended up coming to the hospital. When they called and asked for the location for brunch, I was like, ‘Well, it’s going to be at Cedars-Sinai in my hospital room.’”

Kanye almost missed the birth because he flew off at the last-minute to Europe for an art show. “He decided to go to Art Basel in Switzerland, and I said, ‘Tell our security just as soon as he lands, ‘Kim’s in labor and just come straight to the hospital,’” she said. “I thought I was going to have the baby before he got there, but he made it there and everything.”