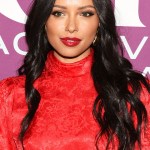 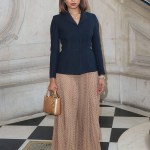 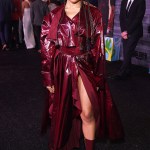 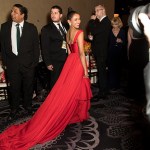 As a proud vegan, Kat Graham was the perfect person to star in PETA’s new ad against speciesism — and HollywoodLife has the EXCLUSIVE first look at the promo.

Kat Graham is the star of PETA’s latest ad, in which she brings awareness to violence against innocent animals. “Do you want a less violent world?” she says in the clip. “Then what are you going to do about it? Dr. Martin Luther King said, ‘He who passively accepts evil is as much as involved who helps to perpetrate it. He who accepts evil without protesting it is really in cooperation with it.’ So if you are opposed to evil, don’t eat, wear, watch or participate in anything that is harmful to human beings, or those with even less power to protect themselves. If you are opposed to abuse, torture, oppression, exploitation, child abuse, sexual assault, murder….you don’t pay for it. Let’s live kindly, peacefully. Go vegan.”

The ad is meant to take a stand against speciesism, or the false idea that humans are superior to other species and that animals are nothing more than commodities that can be used and abused at will. The footage shows Kat, who is vegan herself, visiting the Full Circle Animal Sanctuary in Georgia. At the Sanctuary, she plays with rescued animals who have been saved from abuse and exploitation. However, the ad also features disturbing footage of animals who were not so lucky, and it’s quite hard to watch.

The PETA motto is: “Animals are not ours to experiment on, eat, wear, use for entertainment or abuse in any other way.” Every person who makes the decision to go vegan can save the lives of 200 animals a year, while also dramatically reducing their carbon footprint and helping to combat deforestation, according to the organization.

Other celebrities who have teamed up with PETA include Gregg Sulkin, Paul McCartney, Natalie Portman, and Taraji P. Henson, among many others. Check out Kat’s full ad at the video above.