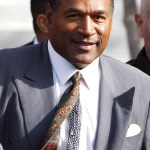 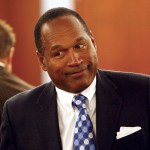 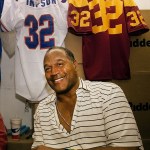 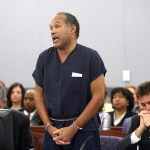 O.J. Simpson took to Twitter to post a video of himself talking about Fantasy Football on Sept. 11 and at one point, he spoke out about his opinion on the rape allegations against NFL player Antonio Brown.

UPDATE 1 (9/11 10:30PM EST): Plaintiff Britney Taylor released the following statement through her lawyer David Haas: “As a rape victim of Antonio Brown, deciding to speak out has been an incredibly difficult decision.  I have found strength in my faith, my family, and from the accounts of other survivors of sexual assault.  Speaking out removes the shame that I have felt for the past year and places it on the person responsible for my rape. I will cooperate with the NFL and any other agencies; however, at this time, I respectfully request that the media please respect my privacy.”

O.J. Simpson, 72, caused quite the stir on Twitter on Sept. 11 when he tweeted a video in which he admitted to not exactly believing the headline-making rape allegations against New England Patriots player Antonio Brown, 31. The controversial athlete expressed his beliefs by making sure his followers knew Antonio was “accused” of the allegations and “not charged” when he filmed himself talking about Fantasy Football. “I saw where somebody accused Antonio of rape,” he said in the clip. “Now, lets make one thing clear — he was accused, not charged.” He also said he was worried about his Football Fantasy team because of the accusations. “I don’t know how that’s going to affect him,” he explained. “I’m hoping it’s not true. Nothing I knew about Antonio would make me think someone would do something like that.”

Once O.J. posted the eye-catching defensive video, it didn’t take long for his followers to tweet their anger and disbelief about what he said. “I feel like, maybe, you’re the least credible person to comment on someone’s legal issues/troubles,” one follower commented. “If anyone knows the difference between charged and accused it’s you. Well I mean you did it, let’s hope Antonio didn’t,” another wrote. “a murderer talking about a rapist,” a third follower replied.

O.J. expressed his opinion about Antonio one day after the allegations against him came out. The athlete was accused of sexually assaulting and raping his former trainer, Britney Taylor, on three separate occurrences, according to a lawsuit filed on Sept. 10 in the Southern District of Florida. Antonio’s attorney, Darren Heitner issued a statement after the lawsuit was filed and in it, he denied the allegations and claimed Britney is only using the lawsuit as a way to punish Antonio after he refused to invest $1.6 million in a “business project” in 2017. He also claimed “any sexual interaction with Mr. Brown was entirely consensual”. The investigation into the accusations is still pending but Heitner said Antonio will “pursue all legal remedies to not only clear his name, but to also protect other professional athletes against false accusations.” He added, “Antonio Brown will leave no stone unturned and will aggressively defend himself, including exercising all of his rights in countersuits..”

As the @AB84 world turns!!! pic.twitter.com/faElHSG2tG

Antonio hasn’t commented on O.J.’s video but we’ll definitely be on the lookout to see if anything comes up! In the meantime, we’re sure O.J.’s followers will continue to fearlessly express their opinions on his posts.