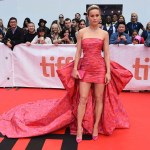 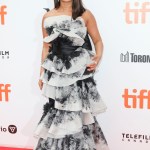 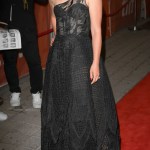 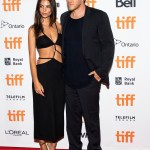 Dakota Johnson looked absolutely stunning in a sexy black dress at the red carpet premiere of her new film, ‘The Friend,’ at TIFF.

It’s safe to say Dakota Johnson, 29, is totally slaying the fashion game! The Fifty Shades of Grey actress stunned at the premiere of her new film, The Friend, at the Toronto International Film Festival (TIFF) on Sept. 6 in Toronto, Canada. Dakota hit the red carpet in a transparent black Dior corset dress with a plunging sweetheart neckline, complete with a full, ruffled black skirt. Keeping the rest of her look simple and chic, she opted for a beautiful diamond necklace and kept her other jewelry to a minimum, showing off a vintage ring on her pointer finger. The combination of Dakota’s sexy dress, natural makeup, and simple updo was the perfect mix of sultry and sweet!

She posed alongside her costar, How I Met Your Mother alum Jason Segel, 39, who looked dapper as heck in a velvet black blazer, black shirt, and dark jeans. Casey Affleck also stars alongside the two A-listers in the drama, which was directed by Gabriela Cowperthwaite. Gabriela directed the 2013 documentary, Blackfish, as well as the 2017 biographical drama, Megan Leavey.

The Friend is based on a true story about a man Matt Teague (played by Casey) whose terminally ill wife, Nicole, (Dakota) is given six months to live. His best friend, Dane Faucheux (Jason), moves in with the couple to help them out during their unfathomably difficult time and has an immense impact on them and their family.

Dakota shot to A-list fame after she landed the role of Anastasia Steele in the wildly popular movie trilogy, Fifty Shades of Grey. This isn’t the first time Dakota and Jason have worked together, though. The two appeared together in the 2012 comedy, The Five-Year Engagement, alongside Emily Blunt, Chris Pratt, and Allison Brie.