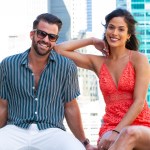 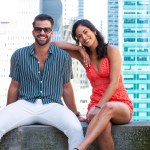 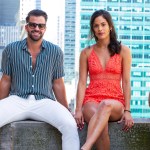 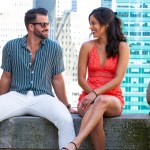 We caught up with ‘The Challenge’ stars, Johnny Bananas and Nany, EXCLUSIVELY to get scoop on ‘War of the Worlds 2′ — including Johnny’s take on why Wes’ strategic game will ‘blow up in his face.’

Even though Johnny Bananas and Wes Bergmann are on the same team on The Challenge: War of the Worlds 2, don’t expect them to work together! In last week’s premiere episode, we saw Wes admitting to ‘sliding in DMs’ to make alliances before the season started, while Johnny wasted no time trying to expose his shady game play. “Wes plays a short game,” Johnny explained to HollywoodLife EXCLUSIVELY. “Last season, his strategy somehow miraculously worked out. The format worked well for him last season since there were so many new people. For Wes’ strategy to work, he relies on a new batch of people who don’t know his game because he can manipulate them.”

Last season, Wes rode his strategy all the way to the final, and came in third place. Johnny made it clear, though, that it won’t be so easy for his nemesis this time around. “His game is — I’m going to get as many people as I can on my side and play the numbers game, and I’m going to try to protect myself from every angle by promising all of these people that I’m going to have my back and work with them,” Johnny revealed. “That works in the beginning, but as the numbers dwindle down, you need to start coming through on the promises you made to these people, and that’s when it blows up in his face. The vets know his game. Last season was his first season back and he fell into a good position — not only were there a lot of rookies, but he was in a room with all of them. He could literally hold court every day and get them on his side. This season isn’t like that. Wes is trying to ride the wave of the success he had last season, but he’s coming in way too hot. He’s playing way too fast and way too loose.”

It’s no secret that Bananas has a lot of enemies on The Challenge, and after a falling out last season, that seemed to include his previous friend, Zach Nichols. However, Johnny explained why he didn’t write Zach off as an ally completely this time around. “We were fine coming in,” he admitted. “I’ve got enough enemies. As much as I want to hold grudges against people sometimes, I just own the fact that people aren’t going to have my back. If I drew a line in the sand and put on the other side who’s f***ed me over or worked against me, I’d literally be standing on my own. It’s difficult sometimes, but you almost have to be a politician and be like…let’s put the past behind us. But at the end of the day, me and him will never see eye to eye.”

Bananas confirmed that the people he did fully trust coming into War of the Worlds 2 were Leroy Garrett, Laurel Stucky and Nany Gonzalez, who was also in-studio for our interview. Nany also had a big hurdle to overcome this season, as her closest ally and real-life BFF, Jenna Compono, was not part of the cast, but she had another close friend in the house that viewers may not even have ben aware of.

“Laurel and I talk in real life,” Nany revealed. “We’re friends. Having her there and having someone who’s as strong of a competitor as she is and somebody as loyal and fierce as she is, on my side was everything to me.” Still, Nany said she was criticized by others on her team for not playing a strong ‘political’ game, but she explained that there’s a reason she aligns herself with players like Laurel and Bananas, even though they’re some of the most targeted stars of the show.

“People tell me all the time to play a better political game and not align myself with Bananas and Laurel and Jordan [Wiseley] and these people who have so many enemies, but that’s not my strategy,” Nany explained. “For me, I’m going in and playing the game with people that I know and trust and talk to in real life. I’m not going to make friendships with people like Ashley [Mitchell], who stole $1 million from her partner, or Cara Maria [Sorbello] , who I’ve never had a good relationship with, or Paulie [Calafiore], who’s a snake. I’m not going to trust random people. I’m going to trust the people who I’ve known for years, who I’ve worked with and have good relationships with in real life. At the end of the day, I could have worked with Cara and Paulie and everybody else on my team, but where would I have stood with them? At the bottom of their totem pole. And I’m not going to play like that.”

Having people to trust this season will play a huge part in the game, because the format allows players to vote in players from their OWN team to elimination, even if their team won the daily challenge. “Make no mistake — even though the format is U.S. vs. U.K., it’s U.S. vs. U.S.,” Johnny admitted. “We’re going in with this whole facade of being a team, but there’s so much underlying tension and so much history that as soon as that element in the voting process was made known, everybody’s just like…how long until we can turn on our own? Day to day you’re like…who is my biggest enemy in the house? Is it the other team? Or is it my team? Now, you have to play a dual game — you need numbers on the other side to make sure that, if they win, they don’t throw you in, and you need numbers on your own side to make sure that if YOU win, you’re not voted in!”