Family time is the best time! Angelina Jolie treated daughters Zahara, 14, and Shiloh, 13, and son Pax, 15, to lunch at Fig & Olive restaurant in West Hollywood on Labor Day, September 2. The actress, 44, and her three kids were pictured laughing together in new photos as they made their way to the popular West Hollywood restaurant. Angelina’s 11-year-old twins, Knox and Vivienne, along with her eldest son Maddox, 18 — who recently settled in at college at the South Korea’s Yonsei University — were not present during the family outing.

Angie looked stunning in a white dress with a brown belt and sandals. She wore circular sunnies and had her hair tied back. Meanwhile, Zahara also donned a white dress with black stripes and sneakers, with a yellow headband in her hair. Shiloh sported an all-black outfit that included shorts and Converse sneakers. And, Pax wore grey jeans, a white tee and a black and blue flannel. He rocked black, white and blue high-top Nike sneakers, too.

The family lunch date came soon after Angie was caught shedding a few tears as she sent Maddox off to his freshman year of college in August. Fan videos captured the award-winning actress admitting that she was emotional over the major milestone. Luckily, Maddox, who will reportedly study biochemistry, was there to comfort his mom. “He was very sweet and gave me a big long hug. It’s that transfer when they start taking care of you and making sure you’re OK,” Angelina explained during a recent interview with OK! magazine. 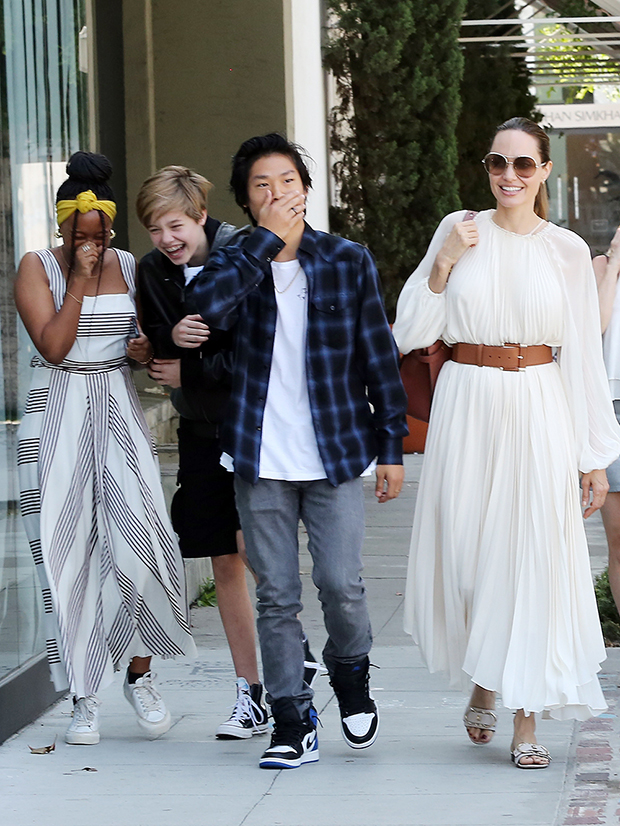 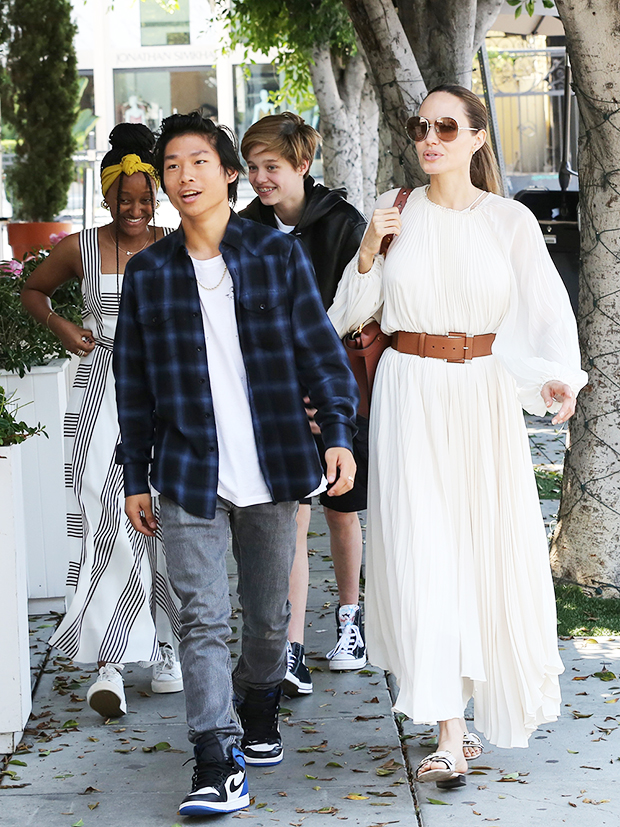 As Angie’s been spending time with the kids in the states, their father and her ex-husband, Brad Pitt has been hard at work promoting his film work in Italy at the Venice Film Festival. The actor, who showed off his muscular figure in photos from the annual festival, is on hand to promote his new space thriller Ad Astra.

Related: Maria Callas: 5 Things To Know About Opera Singer Angelina Jolie Will Portray In Next Film