The highly anticipated 10th season of The Real Housewives of Beverly Hills will be the first in nine years that fans won’t see Lisa Vanderpump, 58. But, the show must go on! Just weeks after her departure, Kyle Richards, 50, and Teddi Mellencamp, 38, were photographed filming scenes for the coming season, which is set to debut sometime in 2020.

Kyle and Teddi were pictured heading to a lunch outing in Studio City on August 21, where both stars looked summer chic in their respective ensembles. Kylie wore a white button-up with red roses throughout, tucked into her light blue skinny jeans. Her top also featured puffer sleeves. She rocked red, open-toe heels and carried a matching bag of the same color. Kyle looked fierce as she donned black sunnies on her way to meet her costar.

Meanwhile, Teddi stunned in a light blue maxi dress with purple and peach flower print. She carried a dark camel-colored handbag and wore tinted aviators. Teddi accessorized with a watch and a few bracelets, which matched the bangle handle on her purse. 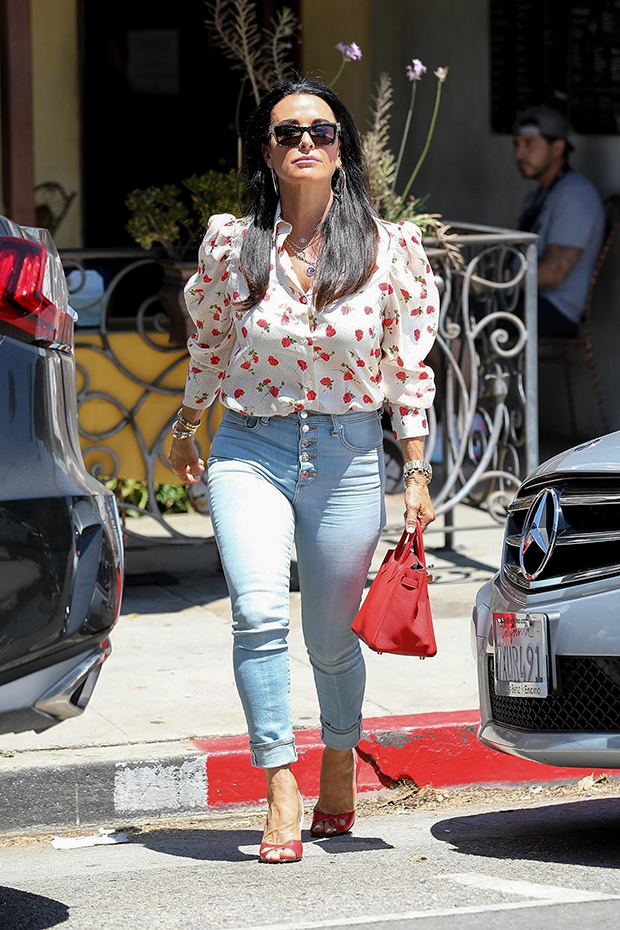 Kyle Richards seen out and about while filming season 10 of ‘The Real Housewives of Beverly Hills’. (Photo credit: LESE / BACKGRID) 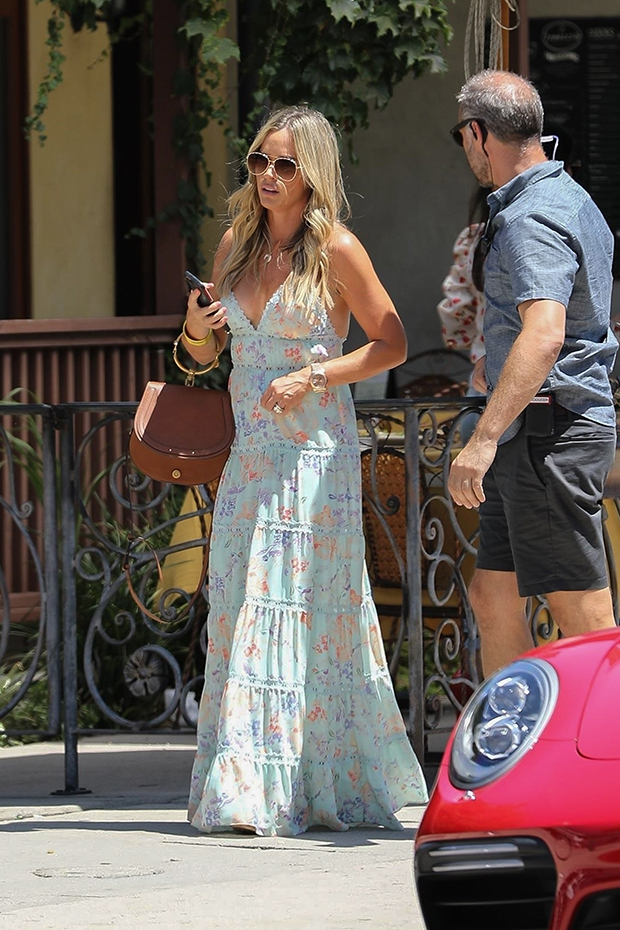 Teddi Mellencamp seen out and about while filming season 10 of ‘The Real Housewives of Beverly Hills’. (Photo credit: LESE / BACKGRID)

Kyle and Teddi were spotted sitting down to lunch together in fan photos that were posted online. The two held their drinks for a toast in one shot, and were seen in conversations in a few others. Another photo shows Teddi with her mouth wide open in awe, seemingly over something Kyle had said to her. Either way, this season is bound to be one for the books!

Fans of the RHOBH will know that LVP quit the series in June due to her falling out with the rest of her costars over the now infamous “puppygate” drama. The SUR owner’s costars accused her of selling a story to the press about Dorit Kemsley’s dog, Lucy, who mysteriously ended up in a kill shelter after Dorit had adopted the pup from the Vanderpump Dog Center. While Lisa has removed herself from the franchise, having skipped the season 9 reunion, she still interacts with fans about the show on social media.

The Real Housewives of Beverly Hills is expected to return to Bravo in 2020. The cast may reveal more about the coming season during the network’s first-ever BravoCon event in New York City, which will take place  Friday, November 15 through Sunday, November 17. Franchise stars will be available for meet and greets, panels and more at the weekend-long event. Kyle Richards confirmed her attendance on Instagram, August 19.