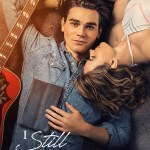 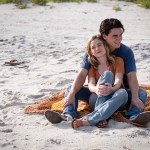 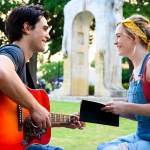 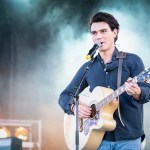 Get your tissues ready. The first trailer for KJ Apa and Britt Robertson’s movie ‘I Still Believe’ is out now and their love story is going to make you cry all the tears.

I Still Believe is based on the real-life story of Christian rocker Jeremy Camp and his journey of love and loss. Riverdale star KJ Apa plays Jeremy in the film adaptation, alongside Britt Robertson, who plays Melissa Henning. The first trailer for the movie follows their love story from the very beginning. Despite reservations from his parents, Jeremy knows that what he has with Melissa is real. “I’m supposed to be with her,” he says. “I can’t explain it. I just know that.”

Jeremy tells Melissa in an emotional scene, “I want you to know, that whatever this is, and wherever it takes us that I’m with you. Every step, every moment, I’m with you. I’m in. I’m so in.” The footage of Jeremy and Melissa saying their vows at their wedding is just beautiful. The movie will feature KJ showing off his incredible vocals. He performs some of Jeremy’s songs in the film, including Jeremy’s hit “I Still Believe.”

I Still Believe isn’t the first time KJ and Britt have worked together. They previously starred in A Dog’s Purpose together. Dating rumors have been swirling about the co-stars after they were spotted kissing at a San Diego Comic-Con party in July 2019.

Jeremy and Melissa married in real-life in Oct. 2000. She was diagnosed with ovarian cancer and died in Feb. 2001 at the young age of 21. “I Still Believe” was the first song Jeremy wrote after her tragic death. Jeremy married Adrienne Liesching in 2003 and they have three children together.

The movie also stars Oscar nominee Gary Sinise and country legend Shania Twain. I Still Believe will be released in theaters on March 20, 2020.