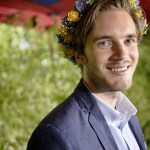 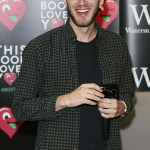 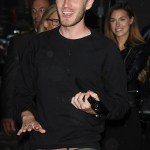 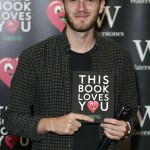 Move over, Jana. The biggest name in YouTube is now a married man. Felix ‘PewDiePie’ Kjellberg shocked the Internet by announcing that he and longtime girlfriend, Marzia Bisognin, got hitched!

“We are married!!! I’m the happiest I can be,” Felix Arvid Ulf Kjellberg, better known as PewDiePie, tweeted on Aug. 20, one day after he tied the knot. In the tweet, the YouTube superstar shared pictures of his gorgeous bride, Marzia Bisognin, 26, from their breathtaking wedding. One photo showed the two looking lovingly into each other eyes. Another showed Felix and Marzia walking past all their wedding guests (while they blew bubbles at the newly minted Mr. & Mrs.) The other photos showed the new couple posing after tying the knot. “I’m so lucky to share my life with this amazing woman,” PewDiePie added.

While Felix didn’t say much about his matrimony, his new bride went into a little more detail on her Instagram account. “Yesterday, the 19th of August – after exactly 8 years since we met – we celebrated our wedding with our closest friends and family,” Marzia captioned an IG post with more pictures from her big day. “It was the most beautiful day, which I will treasure forever.”

“I am so thankful for all the people that made time to attend the event and helped us celebrate our marriage,” she added. “I feel like I’m the luckiest person and I’m so full of love. Incredibly ecstatic to be able to call Felix my husband for the rest of our lives.”

Felix — a video game personality with more than 98 million subscribers, the third most popular YouTube channel as of August 2019 — met his now-wife after a mutual friend introduced her to his channel, per The Mirror. The friend suggested that Marzia watch “this idiot playing video games,” but it turns out he was a fool for love. She emailed the Swedish star to tell him that she found his videos were funny. The rest, as they say, is history. The Italian beauty moved to his native Sweden before they relocated to Brighton in England.

Last photo from Japan. We went to the famous pagoda near Yamanashi to see Fuji-san up close🗻 very ebic

Marzia is also an Internet star in her own right. She launched her own channel in 2012 to post fashion and lifestyle vlogs. She amassed 7.4 million subscribers until she retired from YouTube in 2018. “I wasn’t seeking any friendships and I was just finding comfort in my own little bubble on YouTube,” she said, per The Verge. “I grew so much more confident because of it, but if you allow it to take over your life, I think it’s not healthy.“

The Internet has gotten PewDiePie in trouble. He has been frequently accused of making racist and Anti-Semitic comments over the years (for which he has apologized.)

This wedding comes on the heels of the Las Vegas marriage between Jake Paul, 22, and Tana Mongeau, 21. The two YouTube stars tied the knot on July 29, one month after they got engaged. While Felix and Marzia’s wedding flew under the radar for most people, Jana’s ceremony was a highly publicized event that included a live stream, a fist-fight, and numerous accusations of it all being for clout.