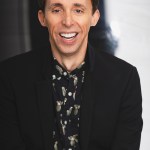 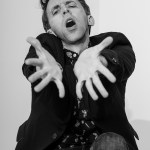 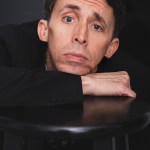 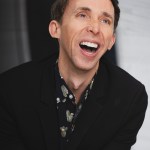 ‘GLOW’ fans will fall in love with the character of Bobby Barnes after watching season 3, so we sat down with Kevin Cahoon, the man behind the lovable Vegas showstopper, to find out how he brought him to life.

Ladies and gentlemen – Kevin Cahoon. If you didn’t know his name before, you won’t soon forget it after watching his incredible performance as the warm and whimsical Vegas performer, Bobby Barnes, in the new season of Netflix’s hit show, GLOW. In a season that is bursting at the brim with emotional revelations and introspective moments, Kevin’s character becomes a guiding light and comic force behind most of the show’s pivotal storylines. For the Broadway vet, who has starred in blockbuster productions like The Lion King, Tommy, and Hedwig and the Angry Inch, the chance to play such a character was nothing short of a “gift.”

“I am so grateful,” Kevin said about landing the key season three role, “to [series creators] Liz Flahive and Carly Mensch. They have changed my life in a wonderful way.” They certainly cast him in a role to remember. In season three, the women of GLOW find themselves schlepping to Las Vegas, after their TV series is canceled and they agree to continue the show on the Vegas Strip.  Being a huge success, they’re offered the main ballroom space at the fictional Fan-Tan Hotel & Casino by the hotel’s entertainment director, Sandy Devereaux St. Clair, played by Geena Davis. However, just down the hall is a little show called ‘Icons’, headlined by the charismatic female impersonator Bobby Barnes and almost instantly, Bobby becomes an integral part of the women’s Vegas experience.

“I watched a lot of the female impersonation shows that are on YouTube of the time,” Kevin explained about how he prepped for the role. “It’s so interesting, these performers … they’d do a number or a little tiny bit of their show as these iconic women and then it quickly fades away. They start talking in their own voice and telling their own thoughts, and what I thought was so beautiful about it was that these iconic women, they were empowering these performers to be themselves. It was just a gateway; it gets them in the door. It’s interesting to see how they navigate a mainstream audience in Las Vegas, because drag is such an important part of mainstream culture now, and it wasn’t at the time.”

That becomes glaringly obvious for viewers — and poor Bobby — when the lounge performer tries his hand at scoring a spot in the ballroom by auditioning for Bash, GLOW‘s producer and financial backer, played by Chris Lowell. Over the last two seasons, Bash’s repressed homosexuality has only loosely been addressed. However, as he married Rhonda, one of the wrestlers, last season, it was clear that the writers could no longer avoid a deep dive into his struggle.  When Rhonda makes friends with Bobby, Bash is immediately confronted with the reality that he’s not as ‘closeted’ as he always thought. Upon first meeting, Bobby immediately recognizes someone like himself, which totally freaks Bash out. “Bobby is terrified to tell people that he’s gay,” Kevin explains. “And Bobby’s presence brings up a whole bag of issues for Bash. With that scene with Bash, where Bobby’s like, ‘Oh, I have a son. His mother was a very dear friend’… Bobby picks up from Bash a kindred spirit and that’s so terrifying for Bash.”

As for the audition, Bobby transforms himself into Liza Minnelli, and belts out a poignant rendition of ‘Yes,’ — which is ironic, since Bash ultimately says ‘no’ to producing his charity show, the Libertine Ball, which would raise money for people diagnosed with AIDS.  “That scene is key for Bobby because, he feels like he’s running out of time,” Kevin explained. “AIDS was the most devastating crisis and no one knew what was happening. His friends are passing away around him, he doesn’t know why they’re dying, what they’re dying of, what is happening. He could be next and so, I thought he is against the clock, he has got to convince Bash to produce his show.”

In the end, more for his own personal reasons than Bobby’s talent, Bash passes, but in that moment, a door is opened for Bobby to connect with Sheila, who perhaps experiences the most compelling transformation of the season. With the help of Bobby, Sheila, played by Gayle Rankin, quite literally sheds her she-wolf persona and embraces herself again — well, after she tries her hand at dressing like Liza for a ‘Freaky Friday’ match. “We did talk about it,” Kevin revealed about he and Gayle comparing notes on how best to embody Liza. “We were both going over every YouTube video we could get our hands on. Liza is iconic … how do you capture her essence and her spirit and her talent? You can’t, but you can try.”

Considering the the close knit bond of the cast, both on-screen and off, it would surely feel daunting for someone new to join the cast. However, Kevin had a leg up, having worked with many of the women before, including Gayle and Betty Gilpin, who was just nominated for an Emmy for her role as Debbie on the show. The pair shared scenes back in their Nurse Jackie days, but GLOW took things to a whole new level.  “Oh well, Nurse Jackie was just sort of like the appetizer on the tray compared to what GLOW became for Betty and I,” Kevin shared.  “She is so generous, she is so smart, and the entire cast was so welcoming. The first week I got there, they said, ‘We’re all going dancing and you’re coming with us’, and we all went out to LA, we had a great time dancing. Closed the place down! It was just the most inviting, loving, warm invitation to be a part of their world.”

But Kevin wasn’t the only newbie in season three. From the first day of shooting, Kevin shared a good number of his seasons with the incomparable Geena Davis, who was just as wonderful to work with as you might imagine. “It was like the master class of all master classes working with her,” Kevin said. “Our first days together [were shooting] episode one. She had not worked with anyone on the set before, and neither had I, and the whole cast is there for that shot. So, she said to me, ‘Well, if they’re just throwing us right into it, here we go.’ And I said, ‘Here we go, Geena Davis!’ — and I’m dressed as Barbra Streisand!”

No matter how Kevin was dressed, it was clear from that first moment that he and Geena had great chemistry on-screen —  so much so, that it really wouldn’t be so far-fetched if Netflix decided to spin-off from GLOW with a focus on Bobby and Sandy.  Kevin wholeheartedly agrees. “We already pitched it,” he said excitedly. “I pitched it to Geena when we were outside the hotel like, ‘What do you think, lets spin off. Bobby and Sandy, let’s go.’ … There are stories to tell. Let’s put it out there. From your mouth to Hollywood’s ears, lets make this happen. I’m willing to jump through hoops.”

That much is certain about Kevin — he doesn’t do anything half-ass.  As he told me the lengths he went through to get the role to begin with, which included prepping 5 female impersonations (they only asked for 3) and raiding every costume shop in Los Angeles for the perfect Shirley MaClaine wig, Kevin proved himself formidable, a man committed to his craft and the hustle that comes along with it. He worked hard, both to land the role of Bobby and to give Bobby his exuberant personality on-screen. In fact, Kevin is still so tapped into Bobby, he was quick with the perfect answer to who Bobby would play if his show was based in Vegas circa 2019.  “Well, he probably does all of the [icons] that he’s done before, but I think new ones in his repertoire would be Dolly Parton. Lady Gaga, feels theatrical. Oh, he could do Hilary Clinton, absolutely. And he could do all of Meryl Streep‘s roles and just change, change, change. It would be like, we’d close the first act with the Meryl 15 and we’d do Meryl’s top 15 roles.”  Sign me up for opening night.