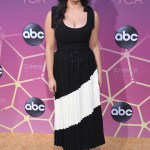 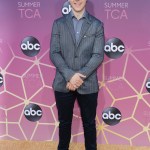 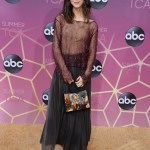 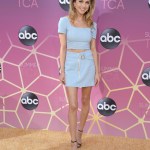 Auli’i Cravalho is taking on iconic Disney princess Ariel in ‘The Little Mermaid’ live event. She spoke EXCLUSIVELY with HL about why this role is so ‘special,’ her thoughts on Queen Latifah as Ursula, and more.

Auli’i Cravalho is pulling double duty when it comes to Disney princesses. She was the voice of Moana in the beloved 2016 animated movie of the same name and she will be playing Ariel in The Little Mermaid Live! on ABC. HollywoodLife talked EXCLUSIVELY with the 18-year-old all about her new role. “It’s incredible,” Auli’i told HollywoodLife at ABC’s Summer TCA All-Star Party on Aug. 5. “I was very happy with one Disney princess. I didn’t think I could be greedy and get two, but they were kind enough to ask if I wanted to play Ariel and, of course, my response was yes, yes, yes.”

This isn’t just your typical live musical event. The Little Mermaid Live! is a celebration of the animated movie’s 30th anniversary. There will be live musical performances by a star-studded cast that will be interwoven into the broadcast of the original feature film. “So what our lovely project is doing is it’s really a celebration of both the original animation and then live performances of the music itself,” Auli’i continued. “So it’s truly a wonderful mix of celebrating the 30th anniversary of The Little Mermaid. And that’s really special to me because my directors, Ron Clements and John Musker, directed both Moana and The Little Mermaid.”

While Auli’i is so excited to sing “Part of Your World,” she can’t wait to see Queen Latifah, 49, as Ursula. “I am really, really excited to hear ‘Poor Unfortunate Souls,'” Auli’i continued. “I cannot imagine what Queen Latifah’s going to bring to that role. She is just oozing confidence. I can’t wait to see it.” Auli’i also admitted that there is a little bit of pressure when it comes to performing live. “My really only live thing I’ve done was the Oscars,” she said. “I don’t mean to brag like that, but that was on such a beautiful, large scale and I was nervous and I kind of got hit on the back of the head with a flag. So I’m looking forward to this live performance, but I would be lying if I didn’t say I had a little bit of nerves.”

Auli’i has already met the original Ariel — the one and only Jodi Benson, 57. “She’s wonderful,” the actress revealed. “She’s truly been one of my big sister princesses. She sat me down, I remember, the last time I saw her at D23 and she said, ‘Just get ready. This is your legacy. You will forever be Moana and buckle up, Buttercup, because this will follow you for the rest of your life.'” And now I get to play Ariel. So I’m sending her all my love.” Halle Bailey, 19, has been cast as Ariel in the live-action Disney film and Auli’i had nothing but amazing things to say. “I love her casting,” Auli’i told HollywoodLife. “I cannot wait to see what she brings to the role. I’m grateful to be playing Ariel, so I can’t wait to see what she does as well.”