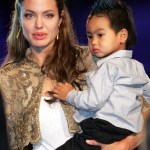 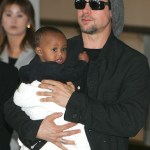 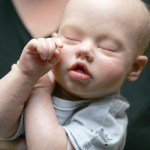 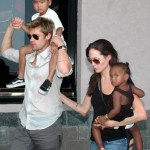 Divorce will shake a family to its core. But after Angelina Jolie and Brad Pitt‘s contentious, drawn out, and highly public breakup, their six kids have come out the other side better than ever. Maddox, 18, Pax, 15, Zahara, 14, Shiloh, 13, and twins Vivienne and Knox, 11, are an incredibly close-knit group, and their parents wouldn’t have it any other way, a source close to the Maleficent star told HollywoodLife EXCLUSIVELY. “All of Angelina and Brad’s kids are extremely close,” the source said. “They’re all very caring and protective of each other. They have alway been a tight unit, but their parents’ divorce made the bond between them even stronger. They still bicker sometimes, like all siblings do, but overall they get along really well.”

Part of the siblings’ closeness has come out of necessity, the insider explained, because as the siblings of two A-list actors, they’re always moving to new filming locations. Their parents try to foster that bond, even when they’re staying put in Los Angeles. “Angelina really encourages that feeling of being a little tribe,” according to the insider. “She has group meetings so everyone can share their feelings. They do game nights, they read to each other; there is a lot of group time. Brad’s so close with his bother and sister (Doug Pitt and Julie Pitt Neal), so it’s something he wanted for his kids, too. He and Angelina are totally on the same page with that.”

Angelina Jolie praised her sons in an interview for the September 2019 issue of Elle, for being so kind and respectful of their sisters, treating all three like their equals. She also said of her girls, “I often tell my daughters that the most important thing they can do is to develop their minds. You can always put on a pretty dress, but it doesn’t matter what you wear on the outside if your mind isn’t strong.”

HollywoodLife reached out to Angelina Jolie’s rep for comment on this story, but did not hear back as of press time.