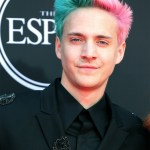 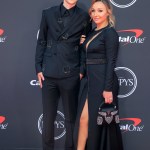 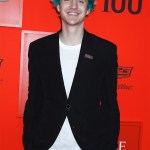 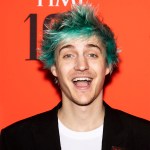 Say it ain’t so! One of Twitch’s biggest stars, Ninja, is leaving the platform indefinitely. He shared the surprising news with fans on Aug. 1 via a video on his Twitter account.

Well gamers, we weren’t expecting this. Ninja, AKA Richard Tyler Blevins, 28, is officially leaving Twitch. The famed internet personality, who is the most followed streamer on Twitch, shared the news with fans on August 1. In a short video clip shared to his Twitter page, Ninja was seen approaching a mic on-stage before he dropping the big news. “I know this may come as a shock to many of you, but as of today I will be streaming exclusively on Mixer, he said, before being met with gasps from the crowd in front of him.

“I have been holding on to this for quite some time,” Ninja said in a follow-up video, also shared on Twitter. “And I’m just super excited to let everyone know. I’ll be streaming on Mixer full-time now and I’m honestly at a loss for words. I’m freaking out in the best ways. I feel like I’m going to get back to the streaming roots.” But — he doesn’t want fans to stress. He added that streams will be “the exact same,” as they have been all along.

The announcement comes just after Ninja made his mark on the inaugural Fortnite World Cup Finals in New York City where he competed in two tournaments served as a color commentator at the event. While the announcement was presented as a faux press conference, (very clever!) it did indeed have fans at home gasping as well. “This is the biggest plot twist of 2019,” one fan wrote on Twitter while another said: “You just gotta respect the amount of money needed to make this happen man, reeeespect.”

Cheers to a new chapter for Ninja! While not all fans are thrilled with the decision, we wish Ninja all the best of luck as he embarks on his journey with Mixer.