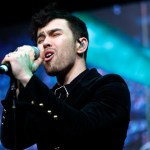 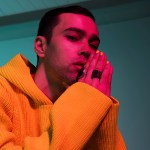 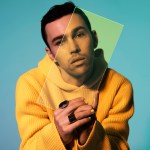 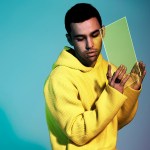 In between rocking the stage on the ‘Today Show’ and ‘LIVE With Kelly & Ryan,’ MAX caught up with us to chat all about his new music, & how his latest track was inspired by his marriage, much like ‘Lights Down Low.’

MAX is back with new music! Chances are, you’ve probably already heard at least one of his infectious new tracks seeing as he’s been making his rounds performing them during a number of televised appearances. Now, he’s spilling the tea on the inspiration behind “Love Me Less,” how he linked up with Quinn XCII, and why his latest, “Acid Dreams,” shaped up to be a special one.

While MAX says he initially envisioned a female counterpart for “Love Me Less,” he admits it was a no brainer to have Quinn on the track in the end. “He’s the best. We just met. We run in the same circles in music with these guys Louis The Child and Whethan. There’s just a group of electronic leaning groups that we both worked with a bunch, and we all hang out in L.A.  He heard the song and he was like, “‘Yeah. I really love this song. Do you want a feature on it?’ I never thought about it. I thought it was going to be a girl on it. I loved the idea of a female perspective, and I was like, “Yeah, you know what, go for it!”

The song is undeniably honest and the singer was sure to share the personal inspiration behind the track. “The song came from the evolution of my last one, ‘Lights Down Low,’ and how love in itself of course, evolves, but specifically with my relationship. I had this ex girlfriend who wasn’t very happy with our breakup, and she called me one day and she told me that she was going to try to get my British wife deported. I knew she didn’t mean it. I knew she was just upset and felt like she wanted some power in that moment. I think we all can relate to that, sometimes you want to feel like you can affect that other person. But I told her right away, I was like, ‘You don’t mean that.’

He continues; “So, I got into the studio and I wrote this song because it was the first time that I was like, ‘I hope you don’t love me less for this baggage that I’m bringing to this relationship and our past and things I can’t change.'”

His follow-up, “Acid Dreams,” takes on a different tone but the song is a must-hear for diehard fans of the singer. As they know, MAX also performs as part of the New York City duo Party Pupils, and it’s the first time he brought that flavor to his solo tunes. “‘Acid Dreams’ was made with my new friend Felly, he’s great. This one’s special because Ryan, my partner for Party Pupils and my other wife, as I would say, it’s the first time ever that he’s produced a song of mine rather than just Party Pupils. It start as we thought it might be a Party Pupils song, and the second he sent it to me, I was like, ‘I don’t know, man, this feels like my next thing.’ It’s so much more soul and less  future funk sounding,” the singer explains.

And speaking of the singer’s NYC roots, he was sure to pay homage to them throughout his hit-filled summer. In addition to performing on the big stages of the Today Show, LIVE with Kelly and Ryan, and the MLB All-Star game, he made time to fill intimate venues throughout New York and other cities for a slew of special shows. “Playing both is so important,” the singer tells us. “I think that if you lose touch with who you’re trying to connect with, then how can you connect with them? I think that’s something that happens with a lot of artist who become really massive very quickly, they forget what it was like to be in that tiny room with the people who care the most. And so, I’m constantly doing that with everything, whether it’s an intimate show or it’s with fans or family. It has to be the juxtaposition of both, doing big festivals and playing for all those people.”

The New York native admits that even after making it as a pop star, his home city still challenges him. “New York it’s so cut throat.” I think that’s a part of it. I think that you really, here, have to be the very best you can be, and you also realize how it’s such a diverse city that you’re just influenced by everything the second you get on the street. That’s incredible.”