Heidi Montag thinks husband Spencer Pratt is a scapegoat for everyone to unleash blame on, especially when it comes to his tumultuous relationship with former best friend, Brody Jenner. Their years-long feud has been thrust in front of the cameras on MTV’s The Hills: New Beginnings — and, Heidi, 32, says there’s a lot more to come. “I think everyone’s out for themselves and whatever’s beneficial at the time,” she told HollywoodLife during an exclusive interview at an event for Booby Tape in LA on July 25.

“I think a lot of the time it’s easier for people to deflect instead of reflect,” Heidi said, explaining, “I think there’s a lot of blame and past things going on. It’s just easier to blame Spencer for things than to take responsibility for your own actions. He’s an easy scapegoat,” she continued.

Heidi went on to explain why she feels as though it’s “easy” for Brody, 35, to place any blame on Spencer, 35. “I feel like for Brody, instead of taking responsibility for things he’s doing in his life, it’s easier just to blame Spencer,” she admitted. As for The Hills newcomer, Brandon Lee, “I was a little surprised with Brandon,” Heidi said, adding, “He’s longtime friend’s with Brody, so maybe it’s more surprising that he ever sided with Spencer to begin with.” 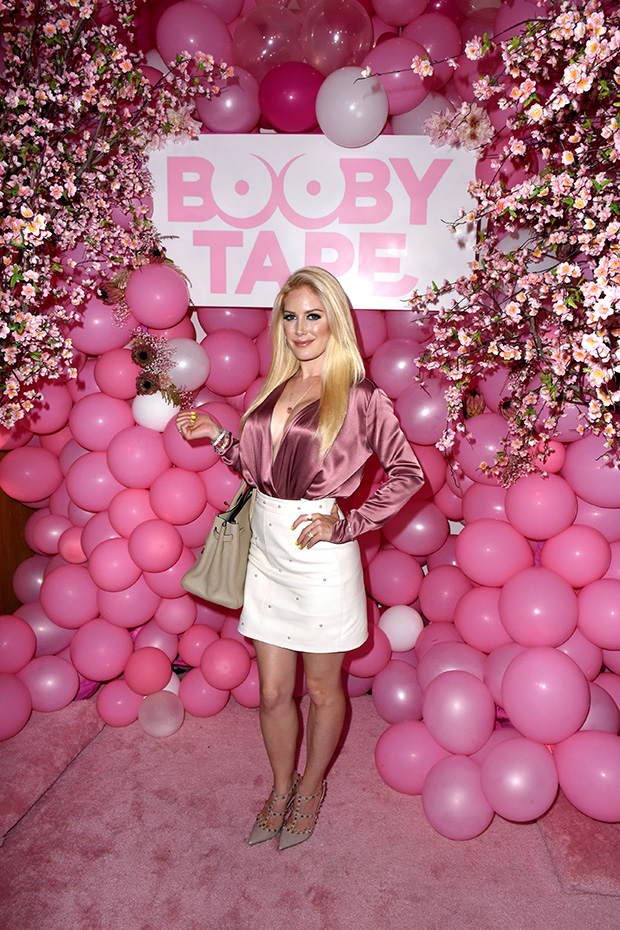 Fans of the show have watched Spencer and Brody’s tension rise since [spoilers ahead if you’re not caught up] Spencer didn’t like that Brody wasn’t turning up like old times while at Heidi and Spencer’s Pratt Daddy Crystals party. Then, Spencer and Brody went at it during Justin Bobby‘s band’s show and it wasn’t pretty. We later found out that Spencer had been harboring hurt feelings because Brody never came to see baby Gunnar when he was born.

Eventually, Brody and spencer went at it after Brody asked why Spencer why didn’t go to Las Vegas, and Spencer said he was never invited. That’s still a mystery. And, Spencer went on to admit in the confessional that Brody wasn’t there for him during past “low” points in his life. Remember, these two were BFFs during the original Hills from 2006-2010, so a lot has happened since.

We caught up with Heidi while she was at the Booby Tape USA Launch Party at Stanley Social in LA. The MTV star, who was wearing the product at the time, credited Booby Tape as the reason she did not undergo a breast lift after giving birth to her son in October of 2017.

“I have it on. It’s amazing,” she said of Booby Tape. “After breastfeeding and having my son, I have definitely wanted to consider getting a lift, but this is great. I don’t even need it. I just have Booby tape, and it’s like having a little surgery,” Heidi explained. “It’s great with some outfits you can’t wear a bra, it just gives you that extra comfort and support.”