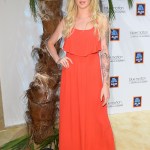 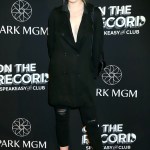 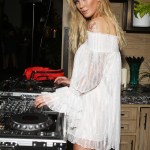 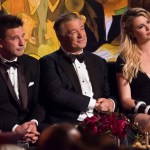 Ireland Baldwin posted an Instagram pic with almost no clothes on, and her dad and uncle both commented on it!

Ireland Baldwin, 23, shared a cheeky Instagram pic of herself yesterday in front of the New York City skyline, and her dad Alec, 61, and uncle Billy, 56, had something to say about it! In the photo, Ireland only wore a skin-colored thong, towel to dry her hair, and held another towel with her hand. She stood in black high heels, and had one arm raised in the air.

Her dad commented, “I’m sorry. What?” And her uncle remarked, “Tough one for Uncle Billy to ‘like.’ #awkward,” with a black heart at the end. Ireland herself wrote for the caption, “thank you @sixtyhotels for the beautiful stay,” she said “I may never be allowed back but it’s chill. Also my butt isn’t that white. It’s the sun. No it’s also that white.”

While Ireland was in NYC, HollywoodLife EXCLUSIVELY caught up with the young star at the American Eagle fall 2019 launch. “I think if you have a following of any kind or if you have a voice of any kind, it’s important to use it for good and for bettering the world in whatever way that you can,” Ireland said.

thank you @sixtyhotels for the beautiful stay. I may never be allowed back but it’s chill. Also my butt isn’t that white. It’s the sun. No it’s also that white.

“Self-image is something I struggled with for such a huge chunk of my life, and now that I came out of that — we all have our battles everyday — but now that I really came out of that darkness, I see how much time I wasted, how much energy I wasted and that I could’ve been putting into doing good and loving myself and whatnot,” she continued.

“If you have any sort of following, you should use it for something that’s going to help others,” Ireland concluded. “Make it not about you all the time, it’s just so unattractive and so backwards and so fake. You see people in person who do that shit all day, and then you’re just like, ‘Well, that’s completely not the same person that’s on the internet.’ If you have social media, use it to help. Young girls are the ones that spend the most time on social media, and look at what you do, and they want to be that. So why not make it cool to be yourself?” Well said, Ireland!