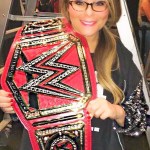 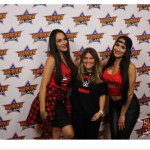 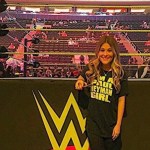 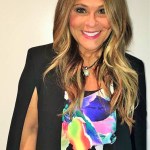 Former reality star Ashlee White opens up in an exclusive interview about how one of the scariest experiences of her life got her into wrestling, and how it helped her heal.

It’s been nearly 6 years since Bravo’s Princesses: Long Island last aired, and one of the stars of the show, Ashlee White, 36, has dealt with way more than one could have ever imagined since we last saw her. Shortly after the show wrapped in 2013, Ashlee suffered from three strokes, which left her bedridden. She was also forced to learn how to talk and walk again. “The first time I didn’t know I was having a stroke,” Ashlee told HollywoodLife during an EXCLUSIVE interview. “My symptoms were my heart was racing, I was sweating profusely, the left side of my face was drooping, the left side of my body became numb and pins and needles feeling, my speech was slurred, my tongue was hard and hanging out of my mouth. I didn’t look in the mirror so I wasn’t concerned about my face droop or my tongue until when I got to the hospital and the nurse said, ‘Does her face normally look like this?’ I became scared when they rushed me to a room, called code stroke on the intercom, and about 25 doctors filled the tiny room and hallway.”

Ashlee later discovered that her strokes were a symptom of a deeper problem that she was facing, and she was ultimately diagnosed with Lupus. According to Mayo Clinic, Lupus is a systemic autoimmune disease that occurs when your body’s immune system attacks your own tissues and organs. It can also affect your joints, skin, kidneys, blood cells, brain, heart and lungs. But Ashlee decided she was not going to just sit around and sulk! One day, while flipping through channels in between rehabbing her body, she discovered her unknown love for the WWE, making it a point to never miss a Monday Night Raw while focusing on herself. “I don’t want to be a WWE Superstar,” Ashlee said. “I’m very happy on the sidelines –AKA front row, in the action (but not in ring), cheering my face off, and not worrying about anything else going on in my life. BUT if anyone needs a valet or hype woman, I would be there ASAP!”

Unfortunately for Ashlee and her family, the health problems also escalated — but instead of Ashlee, it was her mother’s health that soon deteriorated. While Ashlee was still on her own road to recovery, her mother found herself fighting for her life in 2014. Ashlee’s mom was diagnosed with Alzheimer’s, a disease which affects one’s mental state, including memory loss. “My grandfather suffered from Alzheimer’s and now my mom does,” Ashlee, who’s podcast Wrestling In Heels With Ashlee White will drop next month, said of the disease which is hereditary. “That’s why we need to keep the conversation going, we need to find a cure and find ways to help keep our loved ones comfortable.”

Ashlee decided to do what she knows best and that was to help her mom recover by sharing her love for the WWE. The duo began watching Money In The Bank together, which led to Ashlee becoming a WWE shop influencer (aka she gets all the cool WWE gear before anyone else!) and helps raise awareness for Alzheimer’s patients and their caregivers. “She loved it and became a fan,” Ashlee, whose own health is in good standing now, said of her mother. “She was calm while watching it, it was like my mom prior to Alzheimer’s, her personality and sense of humor came out.”