Kylie Jenner‘s inner circle has changed quite a bit since February, after her now former best friend, Jordyn Woods, 21, got cozy with Tristan Thompson — the ex-boyfriend of Kylie’s sister, Khloe Kardashian, and the father of Khloe’s daughter, True Thompson. “Kylie’s breakup with Jordyn changed so much in her life. It’s been a huge shift,” a source close to Kylie tells HollywoodLife, EXCLUSIVELY. “She went from spending so much of her time with Jordyn, that she had to find other ways to fill that space in her life,” the insider explains.

While Kylie sought the support and comfort of her family, she also realized that it was time to open herself up to creating deeper friendships with her inner circle. “She’s gotten closer to a number of friends including Sofia (Richie),” the source admits of Scott Disick‘s girlfriend, explaining, “Since her friendship with Jordyn ended, Kylie has had the time to nurture her friendship with Sofia more and it’s flourishing. Who knows if that would’ve happened otherwise. But, it’s funny how life works out,” the insider adds.

Kylie’s kept her distance from Jordyn after news broke that the model cozied up to Tristan at a house party in LA back in mid February. Following the alcohol-filled night, Jordyn moved out of Kylie’s guest house, where she had been living. Kylie later admitted on Keeping Up With The Kardashians that after the news broke, Jordan had picked up and left to go live with her mother, without notice. 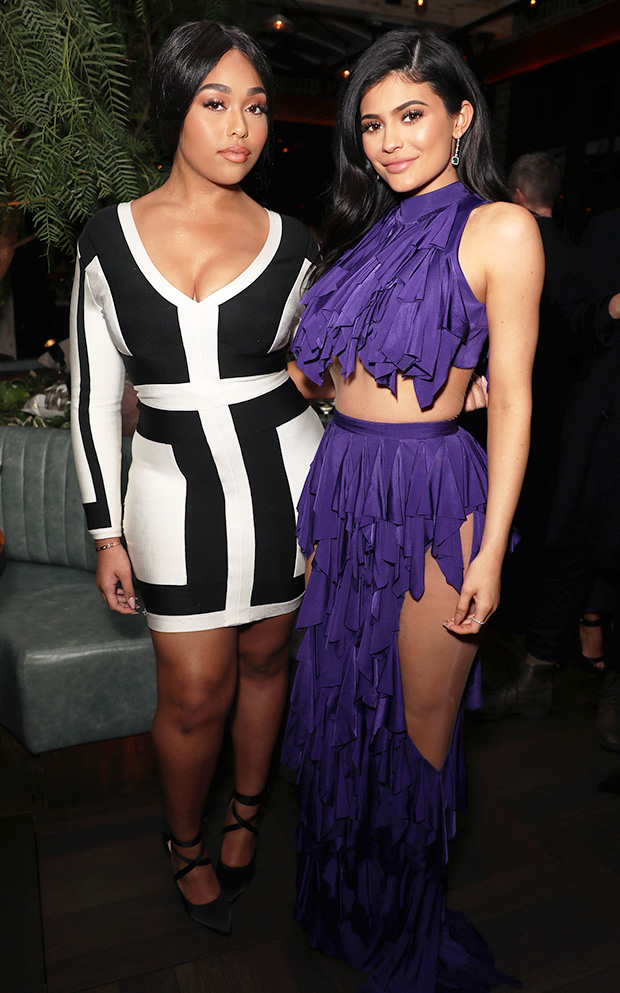 While Kylie’s remained quiet about her situation with Jordyn, despite what fans have seen on KUWTK, she’s been sharing videos and photos with her inner circle as of late. The makeup mogul is currently on a “girls trip” in Turks and Caicos with her close pals, Sofia Richie, Ariel Tejada, Victoria Villarroel and Anastasia (Stassie) Karanikolao, along with her daughter, Stormi Webster. The group boarded a pink and white private jet that read “Kylie Skin”, on Saturday, July 13, in celebration of Kylie’s new Summer Skin Collection.

Kylie’s friendship with Sofia may not be her newest friendship, but seems to be the one relationship that has gotten stronger since Jordyn’s been out of the picture. The two have been spotted together on multiple occasions in recent months. And, Kylie took to Instagram to help promote Sofia’s new collaboration with Frankies Bikinis on July 16. She shared a photo with Stassie on her IG Story, tagging the brand, along with Sofia. Kylie and Stassie both rocked a blue tie dye bikini from the line in the snap. She then shared a group shot to her Instagram of everyone on the girls trip rocking the Frankies Bikinis from Sofia’s collection.