Serena Williams, 37, showed off her incredibly athletic figure on the cover of Harper’s Bazaar for the magazine’s August issue. The cover, which is accompanied by numerous, unretouched photos and a candid essay, shows the 23-time Grand Slam winner in a sparkling gold dress by Stella McCartney. Inside the magazine, Serena bares her muscular legs and perky backside in a Ralph Lauren gold cape and Christian Louboutin heels.

The new issue, which celebrates “the strength and beauty of women in their most authentic states,” is all about Serena speaking her truth. She pens a powerful essay about her memorable loss to Naomi Osaka, 21, in the 2018 U.S.  Serena not only becomes vulnerable about the “excruciating” match, but apologizes to her opponent after her own reaction to the loss overshadowed Naomi’s win. Nonetheless, the tennis legend doesn’t regret using her voice to stand up for change.

“This incident — though excruciating for us to endure —exemplified how thousands of women in every area of the workforce are treated every day,” Serena wrote for the August issue. “We are not allowed to have emotions, we are not allowed to be passionate. We are told to sit down and be quiet, which frankly, is just not something I’m OK with. It’s shameful that our society penalized women just for being themselves.” 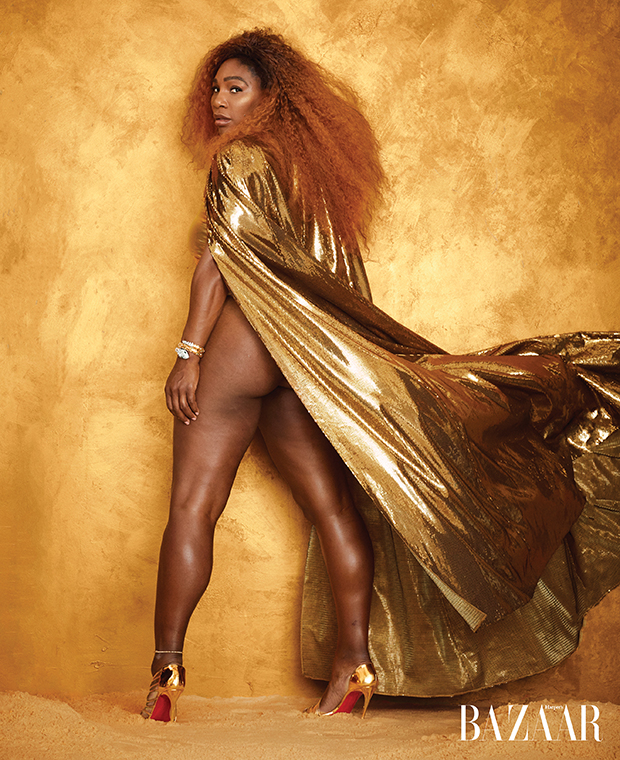 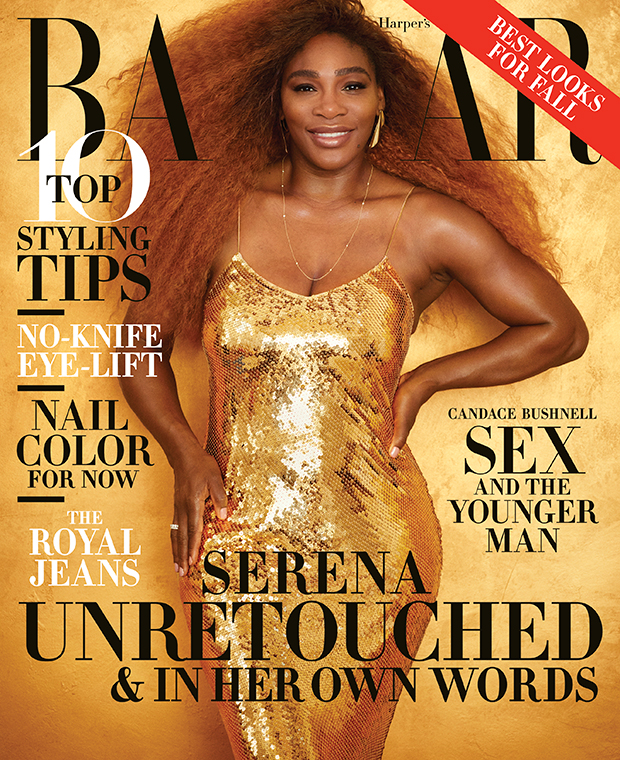 Serena took to Instagram on Tuesday, where she expressed how happy she was to write the first-person piece. “I’m proud to use my voice and words to share an essay on the raw feelings I had during a match we may all remember,” Serena wrote on Instagram alongside a shot from the photoshoot.