Kim Kardashian, 38, is finally ready to talk about those pesky rumors that she underwent surgery just to fit into her Thierry Mugler dress at the Met Gala in May. “I don’t even know if that’s possible,” she tells WSJ. Magazine in an interview, which was conduced two weeks after the annual Met Ball on June 28. Kim’s insanely tiny waistline was courtesy of a Mister Pearl corset, worn under the silicone and silk plunging dress that was covered in crystals, she tells the mag.

“I have never felt pain like that in my life,” Kim says of the waist-cinching corset, before admitting that the shape wear left harrowing marks on her body after wearing it. “I’ll have to show you pictures of the aftermath when I took it off — the indentations on my back and my stomach,” the KKW Beauty founder says. Although Kim’s ribs remained intact for the Met Gala, she previously revealed that she had to learn how to breathe in the dress before debuting it at the event.

Just four days after the Met Gala, Kim shared that she had “corset breathing lessons” from French couturier Mister Pearl. “I learned so much about couture from this genius man, it was beyond couture, it was art! 7 months in the making and fittings in Montreal, Paris and LA. Corset breathing lessons from none other than Mr. Pearl,” she wrote on Instagram, alongside a photo with Mr. Pearl. “It was worth it all!!! And this was the start of a magical inspiring connection,” she added. 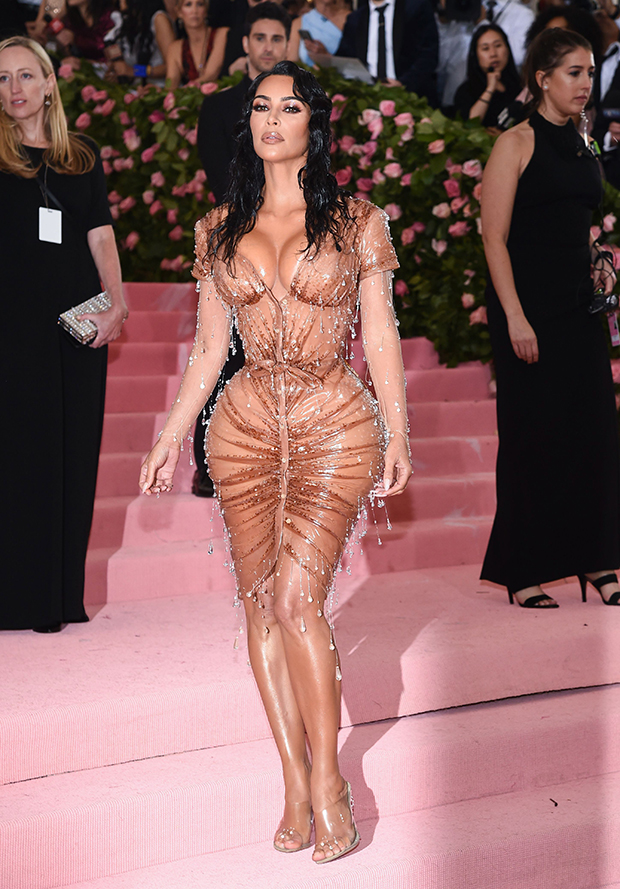 Kim Kardashian on the red carpet at the 2019 Met Gala. (Photo credit: Shutterstock) 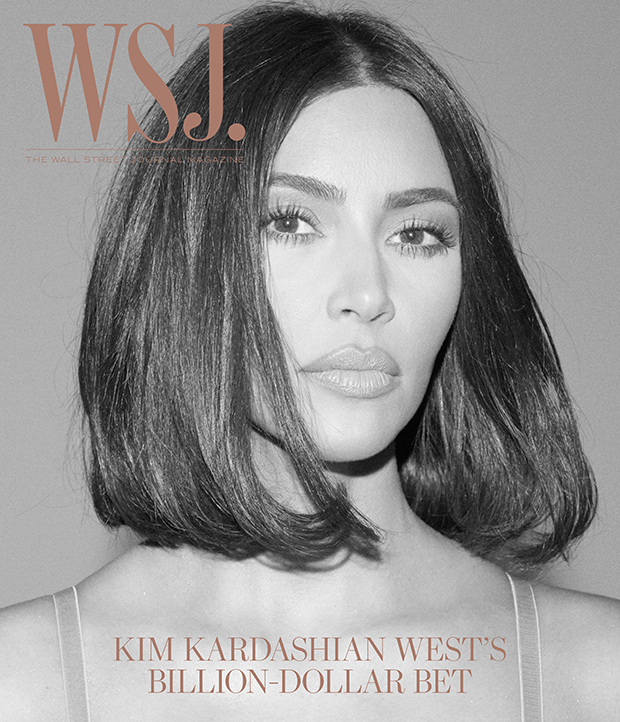 Ahead of the Met Gala, Vogue shared a behind-the-scenes video of Kim’s last fitting as she was getting ready for fashion’s biggest event. After Kim said she had a dozen donuts being delivered to her after the Met, the video showed three assistants helping her get into the corset. — A custom-made, nude-colored garment, complete with Spanx that stopped just above her knees.

“Okay, so Anna, if I don’t sit down for dinner, now you know why. I’ll be walking around mingling, talking, but I cannot hardly sit,” the mother of four said, addressing Vogue‘s editor-in-chief Anna Wintour. “I can only like, half sit.” Kardashian-West also admitted that she was unable to use the bathroom for hours before the event, and she traveled to the Met in a van so she could stand up straight in the “wet look.”