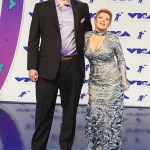 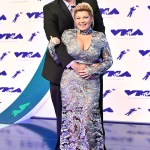 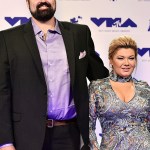 Amber Portwood’s mugshot from her July 5 arrest shows the ‘Teen Mom’ star looking calm and collected, despite being charged with domestic battery.

HollywoodLife has obtained Teen Mom star Amber Portwood‘s mugshot, following her July 5 arrest on felony domestic battery charges. Amber, 29, is accused of assaulting her boyfriend, Andrew Glennon, while he was holding their one-year-old son, James. In her mugshot, provided by the Indianapolis Metropolitan Police Department, Amber appears serene and calm while looking directly into the camera with a slight smirk on her face. As you can see in the photo below, Amber is only shown from the shoulders up; she’s wearing what appears to be a white tee shirt, and has jewel stud earrings on. She appears to be makeup free, and has windswept hair. The mugshot was taken after her arrest in Indianapolis in the early hours of the morning.

It is unclear if Amber is still in jail at this time. Police confirmed in a statement to HollywoodLife that, “the case will be turned over to the Indiana Department of Child Services as standard procedure on any case where a child was present during an incident.” This isn’t Amber’s first brush with the law. The reality TV star was charged with three counts of domestic violence in November 2010 after incident involving her ex and the father of her 10-year-old daughter, Gary Shirley. Amber was also arrested in 2011 for possession of a controlled substance, which violated her probation.

She pled guilty to the charges in 2012, and was sentenced to five years in prison. She began her sentence in June 2012, and was released, early, a year and a half later. Amber is bipolar and has borderline personality disorder. She has also battled drug addiction. She opened up about the severity of her problem during an August 2018 episode of the Dopey podcast, confessing that she once got kicked out of a Walmart. “I’d go party every other day. It’d be a Wednesday, I’m at the f*cking bar and whopping ass and sh*t, just like getting kicked out of bars or I got kicked out of our Walmart.”

“There’s like pictures of me beating up a girl in iHop,” Amber added. “It was just crazy. I don’t know where the hell I was. I was gone. You can blame the drugs for the most part for kind of being impulsive, but it was kind of just me as a person.”