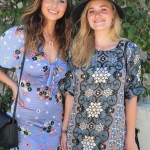 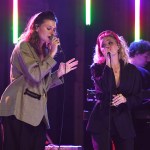 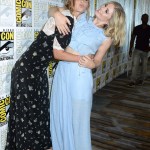 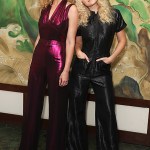 From music to movies, Aly and AJ Michalka have been the ultimate sister duo for years. HL spoke EXCLUSIVELY with the sisters about the possibility of doing another ‘Cow Belles’ movie, new music, and more.

Aly, 30, and AJ Michalka, 28, practically do everything together. They make music together, they’ve made a movie together, and more. Cow Belles, the 2006 Disney Channel Original Movie they made together, remains a Disney Channel classic. HollywoodLife talked EXCLUSIVELY with the sisters about possibly doing a follow-up movie to their DCOM. “We definitely talked about doing a Cow Belles reboot, like 10 years later,” AJ told HollywoodLife while hosting a class at Wundabar Pilates in Studio City, California. Aly added, “We’ve definitely discussed it.” AJ also said, “It’s like in the early, early discussions but I think it’s actually possible, especially with Disney streaming platform now. There’s so much content that can be had so why not continue to reboot?”

The sisters have been touring together this summer after the release of their latest EP, Sanctuary. “It’s been really fun,” AJ said about touring. “It’s weird to see it all come to an end. I mean, we have another five shows in Europe but this U.S. leg is completed. It’s weird to not be sleeping on the bus and living out of a suitcase.”

They have new music planned in the future as well. “So I go back to shooting Schooled season 2 in August, and then basically because I shoot in LA, we’re just going to take that time, whenever I’m not on set to be back in the studio,” AJ said. “So we plan on releasing one, maybe two more singles this year, and then really focus on a new full body of work for 2020.”

Schooled season 2 will premiere Sept. 25 on ABC. AJ teased a little bit about what’s ahead for Lainey. “I know they’re definitely going to play with the whole triangle between Barry, Lainey, and CB,” AJ said. “But I’m excited. Lainey is now a year into teaching and I think we’re going to see her kind of get a little more used to working with these students and have a really good time with them. But in regards to plot points, I don’t actually really know any Season Two spoilers yet. They’re probably writing it right now. They probably just opened the writing room and they’re like, ‘All right, let’s dive in.'”