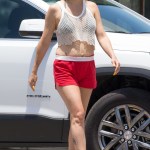 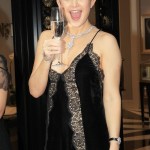 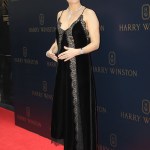 It’s been 9 months since Kate Hudson gave birth to her baby girl & the mother-of-three is already back to crop top shape as she showed off her tummy on July 2!

Kate Hudson, 40, is already back to crop tops after giving birth to her baby girl Rani Rose, just nine months ago, with longtime boyfriend, Danny Fujikawa. The stunning actress was in New Orleans filming scenes for her highly anticipated new movie, Mona Lisa And The Blood Moon, on July 2, when she showed off her post-baby body in a tiny crop top. Kate showed off her new figure in a white mesh top, which was completely see-through, and cut off on the bottom to make it cropped, showing off her entirely bare stomach. Underneath the transparent fishnet top, Kate showed off a halterneck triangle bikini top. She styled the shirt with a pair of bright red low-rise Soffe shorts, folding the elastic band over around her tiny waist. Completing her look were a pair of hot pink platform flip flops, while a ton of temporary tattoos covered her body.

Kate has always had a fabulous figure, and fitness means everything to the actress, who even started her own workout clothing brand, Fabletics. Back in April, Kate revealed that she was almost at her “goal weight,” and three months later, the actress looks pretty damn good. To get to her goal weight, Kate joined WW, which was formerly Weight Watchers, as an ambassador. Since joining, the star looks better than ever.

Kate took to Instagram on April 18, to share her journey with getting back in shape after giving birth, “Okay my friends, wanted to share! I’m a couple lbs from goal weight! I’ve done it without stressing on food or working out like crazy although I have been disciplined.”

She continued the post, writing, “I’ve taken my time, I’ve stayed true to my WW app, which I am so grateful for our relationship and that they included me in their family, because it’s an incredible set up. Easy as pie! And I can eat pie… except it’s anywhere from 9-22 points which is not the best move… I personally go for the 5 point wine or vodka martini for a treat, I digress.”