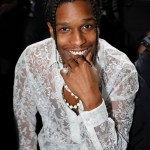 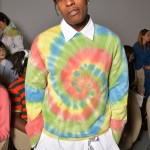 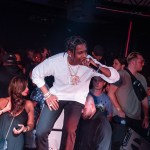 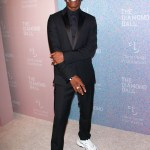 Is A$AP Rocky about to spend six years in a Swedish prison? He was reportedly arrested in Stockholm for his alleged role in a street fight, and he’s facing some serious time behind bars!

A$AP Rocky once rapped how he thought he’d “probably die in prison,” but is that song about to become a reality? Unlikely, but the 30-year-old hip-hop star is reportedly in some serious legal trouble. A$AP was arrested in Sweden, reports TMZ, over his alleged role in a street fight. The publication claims its sources in Stockholm told them that cops busted the rapper on suspicion of aggravated assault, and TMZ also reports that the authorities can now hold Rocky up to 3 days while prosecutors determine whether or not to charge him. So, he’s been arrested but not charged with a crime. If the prosecutors do decide to press charges, TMZ reports that A$AP is looking at the possibility of up to 6 years in a Swedish prison. HollywoodLife has reached out to Rocky’s camp for a statement and will update this post if/when we hear back.

Thankfully for Rocky, there is a video that might just clear his name. When TMZ first broke the story, the first video allegedly showed A$AP Rocky and his crew getting into a physical altercation with the currently unnamed man in Sweden. The first video begins with Rocky allegedly having an intense conversation with a couple of guys at Max restaurant in Stockholm on June 30. The men were supposedly upset over Rocky allegedly breaking a pair of their headphones. However, after that video hit the internet, ASAP shared a 3-minute clip that seemed to tell a different story.

At the start this second clip, Rocky’s bodyguard seemingly tells the guy to hit the bricks. But, the unnamed man apparently didn’t listen. This man, according to TMZ, continued to pester A$AP’s group and allegedly swung his headphones at the bodyguard. A$AP, in the clip, is seen putting his left hand on the guy’s shoulder while trying to calm him down. “Listen, listen. We don’t wanna fight y’all. We don’t wanna go to jail.”

SO A FEW DRUG ADDICTS ARE NOT MY FANS , WE DONT KNOW THESE GUYS AND WE DIDNT WANT TROUBLE , THEY FOLLOWED US FOR 4 BLOCKS , AND THEY WERE SLAPPING GIRLS BUTTS WHO PASSED , GIVE ME A BREAK

“Look, just for the cameras, we don’t want no problems with these boys,” A$AP said later in the video, after separating himself from those unnamed “boys” and his crew. “They keep following us. Look at them. They keep following me,” he said. Yet, the unnamed guy continued to follow A$AP and his crew. All the time, they professed that the unnamed guy broke his headphones over the head of A$AP’s bodyguard. At the end of A$AP’s video, a woman claimed that the man had groped her butt. The physical altercation happened shortly after that.

TMZ reports that three other people were also arrested in connection to this incident: two on suspicion of aggravated assault and one person on suspicion of assault. It’s unclear what their relationship is to A$AP.