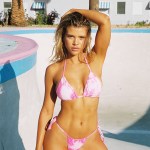 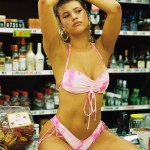 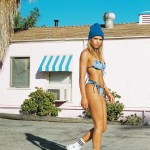 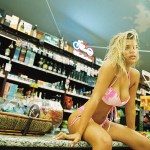 Sofia Richie sizzles in new photos from her Frankies Bikinis x Sofia Richie campaign! The model shows off her abs and toned legs and arms in numerous bikinis from her new collection, which is available on July 8.

Sofia Richie is summertime fine new photos from her Frankies Bikinis x Sofia Richie campaign! The blonde beauty, 20, plays the role of the classic California girl in numerous shots from July 8 collection — posing in a sunny skatepark near palm trees, and using a market liquor store as the setting for other sultry shots. Sofia models six different pink, blue and white tie-dye bikinis, which will be available in multiple styles.

The model shows off her fit figure in two pink tie dye bikinis, one of which comes in a halter top, and the other being a plunging top and extremely tiny bottoms. Other photos show Sofia in four styles of a light and navy blue tie dye bikini that includes multiple methods of coverage; halter, plunging, criss-cross, thick-strap, tops, along with a variety of bottoms.

Sofia posed in multiple locations during the shoot. Some shots show her standing inside a skatepark in California, outside a liquor store and walking through a neighborhood in all kinds of bikinis. One photo shows a bikini clad Sofia taking a stroll past a house wearing white Converse sneakers and a blue beanie. Other photos from the campaign show Sofia’s sexier side as she poses on top of a liquor store counter. One shot in particular exposes her behind in cheeky bikini bottoms. 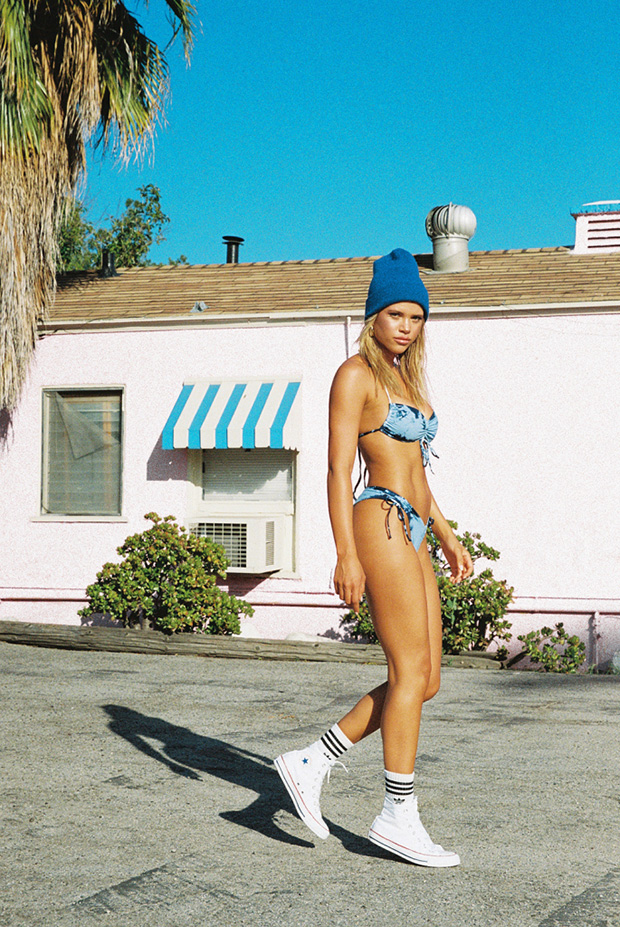 Sofia celebrated the collection ahead of its launch at Nobu, Malibu on July 1. She hosted the official launch party of Frankies Bikinis x Sofia Richie with celebrity guests, Pia Mia, Charlotte McKinney and Jasmine Sanders. Sofia stunned in a tight black mini dress and snakeskin boots at the party. Attendees enjoying sushi and drinks.