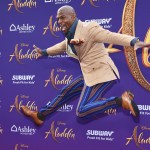 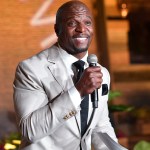 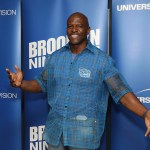 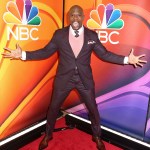 ‘White Chicks’ fans rejoice! 15 years after the comedy film hit theaters, Terry Crews has revealed that a sequel is on its way.

It’s been a long wait, but a White Chicks sequel is finally in the works. Terry Crews, (AKA Latrell) in the hilarious 2004 flick, spilled the beans during his June 30 appearance on Watch What Happens Live with Andy Cohen, 51. When a fan caller asked about a potential reboot, he didn’t skip a beat. “I actually got with Shawn and he was like ‘Man we doing it, we’re getting it going,'” he said on the Sunday show while mentioning White Chicks star Shawn Wayans. “15 years ago as of this month! I’m staying in shape just for this movie,” he admitted. We are SO here for this!

It’s no surprise that long-time fans of the film are freaking out at the news of a sequel. “No freakin way, I’ve been waiting for ages for a sequel!!!,” one fan commented below the WWHL video.”YAAAAAAAAAAAAAASSSSSSSSS!!!!!!!!!” another wrote. “There’s a White Chicks sequel in the making,” one person tweeted. However, not everyone was elated by the news. “White chicks only worked in that era. Doesn’t need a sequel,” one fan said when expressing their opinion.

White Chicks released in 2004 and followed the story of Shawn and Marlon Wayans as two FBI agents who go undercover as white women. Fans instantly fell in love with Terry’s hilarious portrayal of Latrell Spencer, especially his iconic scene where he belted out Vanessa Carlton’s hit “A Thousand Miles.”

There's a White Chicks sequel in the making.

While there’s no word yet on when the sequel would be released or when filming will take place, here’s to hoping it’s sooner than later. For fans who have been waiting 15 years for a reboot of the film, this was the BEST news Terry could have dropped in his interview!