The actress, who was joined at the dinner party by boyfriend Reuben Selby, shared a photo of the two on Instagram, June 30. “White party for the bride and groom,” Maisie captioned the cute snap. Reuben matched his girlfriend’s outfit perfectly, as he donned the same white threads in the form of pants and a blazer jacket with black buttons. And, Maisie’s boyfriend also sported a red buzzcut, which seemingly paid homage to the bride and groom’s all red attire.

Sophie and Joe required all of their guests at the pre-wedding dinner to wear white. Meanwhile, the newlyweds rocked red. Sophie sizzled in a fiery dress, while Joe wore an all red suit with matching shoes. Others at the star-studded rehearsal dinner included, Joe’s brother, Nick Jonas and wife Priyanka Chopra, and Ashley Graham, and husband Justin Ervin.

white party for the bride and groom 🎉 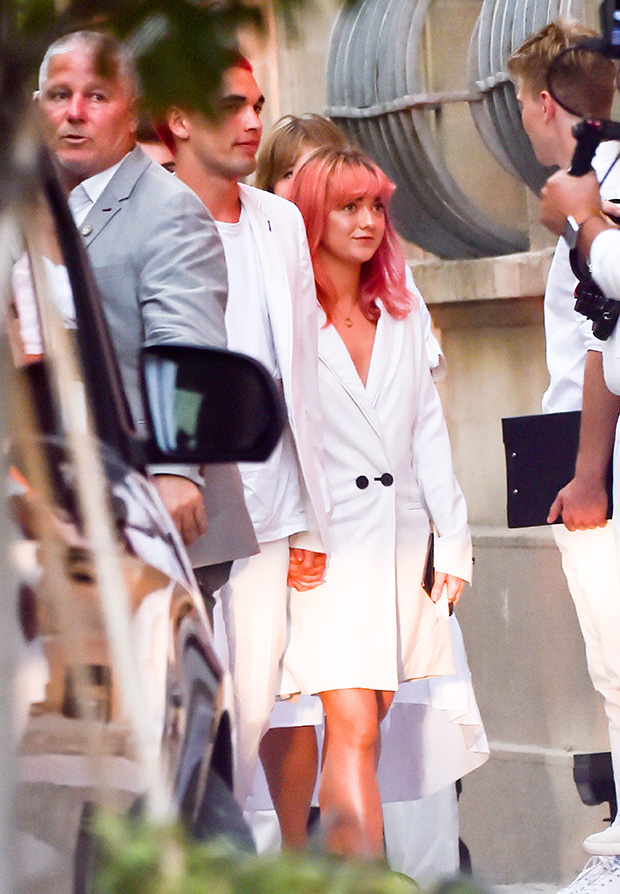 Sophie and Joe, who first said “I do” in a surprise wedding in Las Vegas on May 1, tied the knot for a second time at a chateau in France on June 29. The couple has been in the South of France for over a week for the big celebration.