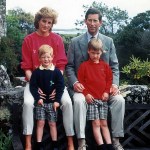 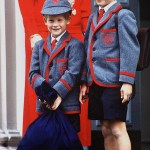 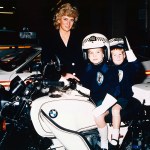 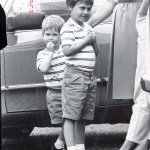 Prince Harry’s wedding ring was clearly visible in the Father’s Day pic that the Sussexes shared on Instagram. But, why does he wear one and his brother, Prince William, doesn’t?

When the Duke and Duchess of Sussex shared a photo of their son Archie on their Instagram page on June 16, one thing was clearly visible. As the 1-month-old clutched his dad Prince Harry’s finger, the 34-year-old royal’s wedding band was front and center in the photo. However, in contrast – despite being married for eight years – Prince William, 36, doesn’t wear a wedding ring.

It’s a detail that hasn’t gone unnoticed on social media. On May 27 Prince William was photographed cheering on his favorite soccer team, Aston Villa, at Wembley Stadium. One curious person tweeted a day later, “@Sky News Anyone know why Prince William wasn’t wearing his wedding ring at Wembley yesterday ????!!” For those who wonder why, there’s a very good reason.

Royal fans who watched Prince William marry Kate Middleton – now the Duchess of Cambridge – in Westminster Abbey on April 29, 2011 will have noticed that the second in line to the British throne never actually wore a wedding ring, ever. The groom put a ring on the bride’s finger, but not vice versa. HollywoodLife reached out to a Kensington Palace to find out why Prince William doesn’t wear a wedding band. “It’s understood that it’s personal preference,” a spokesperson told us.

The Duke of Sussex’s spokesperson refused to comment on why Prince Harry wears his wedding ring, while his brother decided against wearing one. However, even before he married Meghan, the Duchess of Sussex in May 2018, it was very clear that he would wear a wedding ring. In fact on the day of their wedding, a statement was released revealing the details of the couple’s rings. “Prince Harry and Ms. Meghan Markle have chosen Cleave and Company to make their wedding rings,” the statement read. “Ms. Markle’s ring has been fashioned from a piece of Welsh gold, gifted by Her Majesty The Queen. Prince Harry’s ring will be a platinum band with a textured finish. Both rings were crafted in the Cleave workshop.”