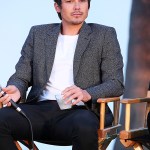 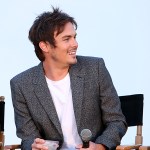 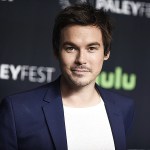 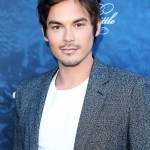 Just two months after coming out as bisexual, Tyler Blackburn opened up even further about his sexuality in an interview with ‘Playboy.’

Tyler Blackburn came out as bisexual in April, and now two months later during Pride Month, the Pretty Little Liars alum got even more honest about what that means to him. Blackburn, 32, first realized he was attracted to men around the age of 16, and quickly began “experimenting” with guys – but made sure never to become too emotionally attached, he told Playboy in an interview.

“I just didn’t feel I had the inner strength or the certainty that it was okay,” he said. A decade later at the age of 26, he began to “actively embrace my bisexuality and start dating men, or at least open myself up to the idea.” The actor explained that he’s also been in love with two women and had great relationships with both, but he “just knew that wasn’t the whole story.”

In his 20s, the Roswell reboot star enjoyed his time being single as he wasn’t ready to commit to a relationship with one person yet. “I had to really be patient with myself—and more so with men,” he told the magazine. “Certain things are much easier with women, just anatomically, and there’s a freedom in that.”

Now, Blackburn has an appreciation for romance and is dating an “amazing” guy. “As I got older, I realized good sex is when you really have something between the two of you,” he explained, adding, “It’s not just a body. The more I’ve realized that, the more able I am to be settled in my sexuality. I’m freer in my sexuality now. I’m very sexual; it’s a beautiful aspect of life.”

While Blackburn received a lot of positive support after coming out that made him feel as if the world was “a little bit safer than I thought it was,” he unfortunately still felt some resistance from members of the LGBTQ community who have questioned his orientation.

“Once I decided to date men, I was like, Please just let me be gay and be okay with that, because it would be a lot f–king easier. At times, bisexuality feels like a big gray zone,” he said. “I’ve had to check myself and say, I know how I felt when I was in love with women and when I slept with women. That was true and real. Don’t discredit that, because you’re feeding into what other people think about bisexuality.”