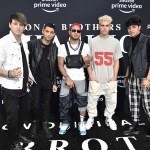 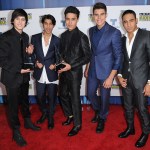 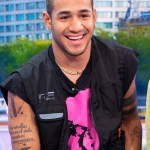 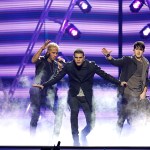 CNCO are the Latin boy band you need to know! HollywoodLife caught up with the guys at the 2019 Wango Tango Music Festival to get an update on their new music, & what happened when they met the Backstreet Boys.

The CNCO guys have been steadily building their fanbase since forming in 2015, but it was only recently that their career full on exploded. HollywoodLife caught up with the Latin boy band at Wango Tango 2019 amidst their breakout year, where they spilled all the tea on the time they met the Backstreet Boys, and what else fans can expect in the year ahead!

For CNCO, it’s the chart-topping boy bands from the ’90s that inspire them more than anything. When asked who they look up to, they admit that “as a band, I think we can agree on NSYNC and Backstreet Boys, because — it’s what we like to do.” “We really enjoy to dance and sing. We actually went to see the Backstreet Boys a couple of weeks ago and we met Nick which was super cool,” the band excitedly said while backstage at the 2019 iHeart Radio Wango Tango Festival.

So — what went down when the modern day boy band met their idol? They asked for advice of course! CNCO says that the Backstreet member advised them to “just enjoy the ride and stay humble. That’s basically it,” the band told us. “Just enjoy [and] rest a lot!”
The guys, including Joel Pimentel, Richard Camacho, Erick Brian Colón, Christopher Vélez, and Zabdiel De Jesús have been hustling hard all year long but they promise there’s still plenty more to come. “We have a lot of new music. We have a lot of things coming out. We’ve been writing with Tommy Brown and we’ve been just getting into the studio to record a lot of new videos, a lot of new songs, a lot of new stuff coming in June.”
Of course, we had to ask the burning question that’s on every stan’s mind: who’s single in the band? Well — the guys were sure to say that they’re “all single,” but admit that they’ve encountered some pretty wild fan experiences on tour. “There was a girl that came on top of the stage and she just started going crazy and the stage was super big. It was in Mexico. The stage was 7 feet tall. I don’t know how she got on top of the stage. Some got hung onto the car and they just rolled for a good 10 minutes and just held on to the car,” they hilariously recounted. “Our fans are the best,” they added.