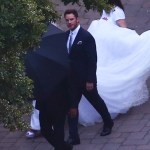 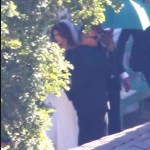 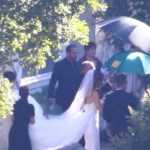 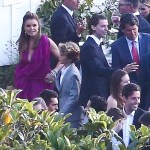 Congrats to Chris Pratt and Katherine Schwarzenegger! The couple married in a romantic ceremony on June 8 at a mansion in Moncecito, CA six months after getting engaged.

Star Lord has found his Star Lady. Chris Pratt, 39, and Katherine Schwarzenegger, 28, are officially man and wife after getting married on Jun 8 The couple, who got engaged in January 2019, tied the knot in a fairytale ceremony in gorgeous Montecito, CA at a private mandion. Of course his six-year-old son Jack was on hand for his dad’s big day, as well as her famous parents Maria Shriver and Arnold Schwarzenegger,  her brothers Patrick and Christopher as well as sister Christina. There were even famous faces in attendance as close friend Rob Lowe and his sons Johnny and Matthew were at the ceremony, PEOPLE reports. Katherine made for a beautiful bride in an strapless fitted gown with a long train and veil.

At one point, Chris and Katherine were seriously considering a big, “Kennedy-style” wedding. That’s not an arbitrary theme; Katherine’s grandmother on her mother’s side, Eunice Kennedy Shriver, is the sister of the late President John F. Kennedy. Chris and Katherine were seriously considering having the ceremony at St. Francis Xavier Catholic Church in Hyannis, Massachusetts, where Katherine’s parents married in 1986. It’s also where Eunice’s funeral was held in 2009.

Wherever they wound up having the wedding, the most important thing to Chris was his bride being happy, a source close to the couple told HollywoodLife EXCLUSIVELY. “Chris [was] real sweet about all the plans,” the source said. “He wanted to spoil Katherine and wanted her to have anything she wants. He’s so happy to marry her and Katherine is so excited and happy too!”

Now that the happy couple has said their “I Do’s”, what’s the next item on their docket? Kids, of course! Chris and Katherine have both spoken about starting a family, and Chris would love to give his five-year-old son, Jack Pratt, whom he shares with ex-wife Anna Faris, a younger sibling. Chris said at the premiere of Lego Movie 2: The Second Part, just days after he proposed, that he sees “lots of kids” in their future. Katherine, as a source close to the author told HollywoodLife EXCLUSIVELY, “is very eager to start a family. So don’t be one bit surprised if you see her with a bump a few months after they get hitched.”