After she was a no-show at the ‘RHOBH’ season 9 reunion, Lisa Vanderpump told HollywoodLife that she will not return to the Bravo franchise in its future seasons! Following a ‘difficult’ year and cast drama, LVP is officially done for good.

Lisa Vanderpump, 58, has zero intention to return to The Real Housewives of Beverly Hills — ever. The SUR owner confirmed that major detail EXCLUSIVELY to HollywoodLife when we caught up with her at the 7th Annual “Real to Reel: Portrayals and Perceptions of LGBT’s in Hollywood” event on June 6. “No, I don’t think so,” she said when asked if she would ever return to the show, even in a lesser role.

LVP reflected on the past few days after she was purposely absent at the taping of the show’s season 9 reunion on June 5. “It’s been a bit of a negative week,” she admitted. However, she’s “glad” it’s over. “It was a horrible year for me personally and professionally working in that situation so moving forward now may be time for this,” she explained.

Ahead of the reunion taping, Lisa confirmed in an interview that she would not be in attendance. In the same interview, she also revealed that she had quit the show entirely. While the rest of the cast filmed the reunion with host, Andy Cohen, Lisa kicked off Pride week with friends at Eric Garcetti‘s garden party in Los Angeles. 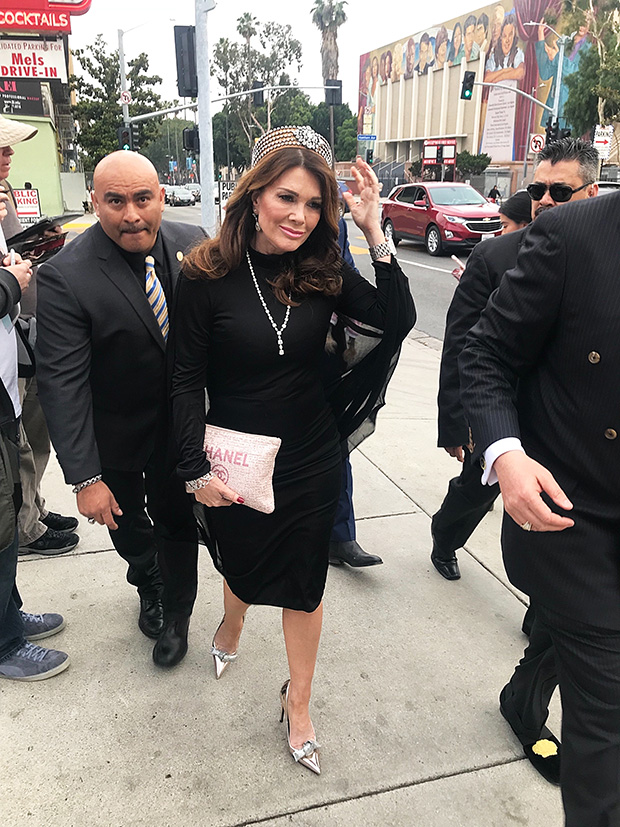 Lisa Vanderpump at the 7th annual ‘Real to Reel: Portrayals and Perceptions of LGBT’s in Hollywood’ on June 6, 2019. (Photo credit: BACKGRID)

While she’s separated herself from the RHOBH, it wasn’t an easy decision for Lisa. “They were my family,” she said, adding, “I’m sad that it came to this but I don’t think I really had any other choice. You can only have the whole cast against you for so long. It was too difficult.”

When LVP revealed that she had quit the show and would not be at the reunion, Bravo released the following statement to HollywoodLife: “There is so much great drama and fun still to come this season, including the ladies’ trip to France, so before we focus on next season, let’s see where this one takes us.”

Fans of the show will know that Lisa stopped filming with the rest of the cast — Kyle Richards, Lisa Rinna, Erika Girardi, Dorit Kemsley, Teddi Mellencamp and Denise Richards — after her blowout fight with longtime friend, Kyle Richards over “puppygate.” Things got heated between the two when Kyle told LVP that the “consensus” between some of the women was that Lisa intentionally leaked a story to the press about co-star Dorit Kemsley. — That story became known as the now infamous “puppygate” scandal, where Dorit’s dog, Lucy, who she adopted from the Vanderpump Dog Center, ended up in a kill shelter.

Nonetheless, there could be hope for Kyle and Lisa to bury the hatchet — on Kyle’s end anyway. During an interview on the RHOBH after show on June 4, Kyle admitted that she, along with the rest of the cast wants to “move forward.” Kyle also said she wants to “talk through” their issues and work through things.