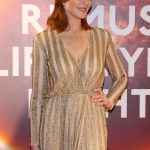 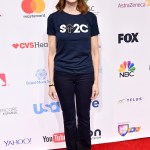 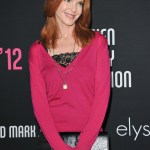 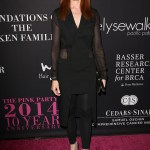 Marcia is now in remission, but Tom went into remission only to have his cancer return 10 years later, and now doctors are suspecting that HPV was the cause of both cancers. She learned about this after her diagnosis and is eager to let others know about the available HPV vaccine, which could have prevented their cancers, and how important it is to get it. The vaccine, which also prevents cervical, vaginal, and vulvar cancer, can be given to kids starting as early as nine-years-old and Marcia admitted that her own twin daughters, Savannah and Eden, 12, will get their first shot within a week.

The HPV vaccine aka Gardasil is given in a series of two injections and will only be effective if both are completed, according to the Centers for Disease Control and Prevention (CDC). Both sexually active and non-sexually active people can benefit from the vaccine but if a person has already come into contact with the virus, it will not be effective, verywellhealth states. Therefore, it is best for children or young adults to get the vaccine before they become sexually active and potentially expose themselves to the virus. There’s also a common misconception that only young women need the vaccine, but young boys are equally as susceptible to certain cancers and genital warts, which HPV also causes, so they should be given it as well. If a person doesn’t get vaccinated as a child, the CDC still recommends women to get the shots up until the age of 26 and men up until the age of 21.

Sometimes the diseases caused by HPV don’t have any symptoms, which was Marcia’s own experience with her diagnosis of anal cancer, and she wants others to be aware of that. “I was so not thinking anything was wrong because I didn’t have any symptoms, and she gave me an exam and came around and said, ‘Well, I just want you to know, whatever it is it’s curable.’ It was like — what?! What are you talking about?” she said on CBS This Morning. She also admitted that although she felt a little embarrassed to have the disease at first, she now fully embraces getting through it and using her experience to help others.

“I know there are people who are ashamed,” she explained. “You have cancer! Do you have to then also feel ashamed? Like you did something bad, you know, because it took up residence in your anus? I mean, come on, really. There’s enough on your plate. Even for me, it took a while. Anus, anus, anus! You just have to get used to it.”