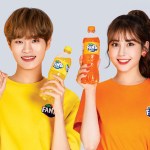 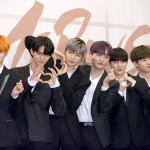 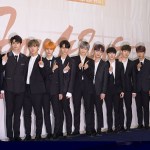 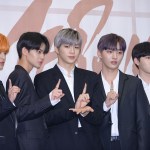 AB6IX member Lee Daehwi is fed up with the ‘malicious comments.’ He specifically addressed ‘ridiculous’ rumors about his personal life, such as his sexuality and gender identity.

Lee Daehwi, 18, is tired of the rumors. The member of K-pop group AB6IX (and formerly Wanna One) broke his silence on cyberbullying and speculation about his sexual orientation and gender on MBC’s Radio Star, an appearance that aired on June 5. “I read many malicious comments. I used to get hurt in my early debut days,” the performer said on-air, according to the English translation by AllKPop. Lee is no longer brushing off the comments, as he added, “I started reporting them myself. I feel like they will not only be like that to me, but also to other artists so I reported comments about other members too and asked my agency to report them as well.”

Lee then addressed specific rumors, saying, “There are so many ridiculous ones…’he’s like a girl,’ ‘he’s gay, it seems like he likes guys.’ I have an ideal type of my own, you know. Those type of rumors makes me angry.”

Lee is not one to usually open up about his personal life, which he revealed in an interview with Dingo Music that was uploaded on May 31. “Older members [of AB6IX] all agree that Daehwi doesn’t like to reveal his feelings,” an interviewer told the youngest group member, according to the English subtitles. Hearing this, Lee admitted, “I pretend to be very bold and confident and I keep a lot of secrets. It’s not that I hide my private life, but more because I’m bad at opening up about my feelings.” Earlier in the video, Lee had described himself as being “really timid” deep “inside.”

Lee is not the only K-pop idol who has recently reacted to rumors about his or her sexuality. Sunmi, 27, revealed that she has a “LGBT Queen” side to her life at an Amsterdam concert on June 4, and fans wondered if the singer had just “come out.” She took to Twitter the next day, writing, “Haha I was saying ‘I have so many different sides of me like dorky and LGBT queen’…Yeah, I support LGBT but don’t get me wrong guys 🤣🤣😘😘.”