Halsey, 24, hit the streets of London on Wednesday, where the paparazzi caught her in a full-on Joan Jett moment! She channeled the “Bad Reputation” singer with her ever-changing hair styled in a sharp black, wavy mullet with choppy front bangs. Halsey’s outfit also made heads turn as she made her way into KISS FM’s studios. She donned tight blue PVC pants with a black long sleeve crop top that showed off her toned tummy.

The “Without Me” singer also gave off Joan Jett vibes as she accessorized with some edgy hardware. Halsey wore a thick silver necklace, silver rings, and a black belt with studs. She topped off her ensemble with a bold pair of pointed black and white zebra stilettos. — See her full look below!

Halsey kept the black and blue color scheme going with her dark manicure and sparkly glam. She donned black nails and vibrant lashes, along with bright blue under-eyeshadow that made her hazel eyes pop. She evened-out her look with a natural lip. 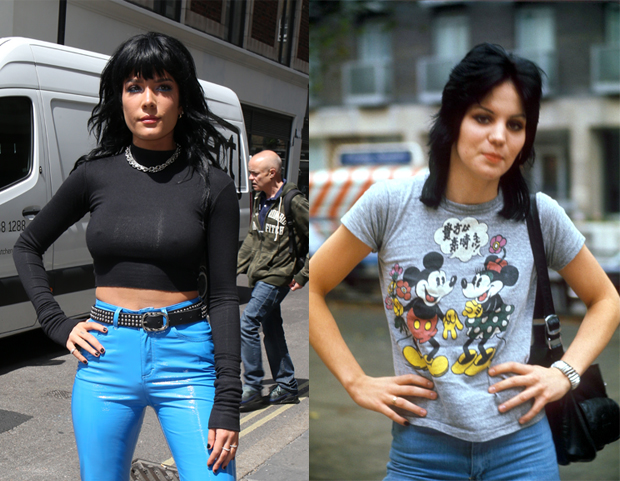 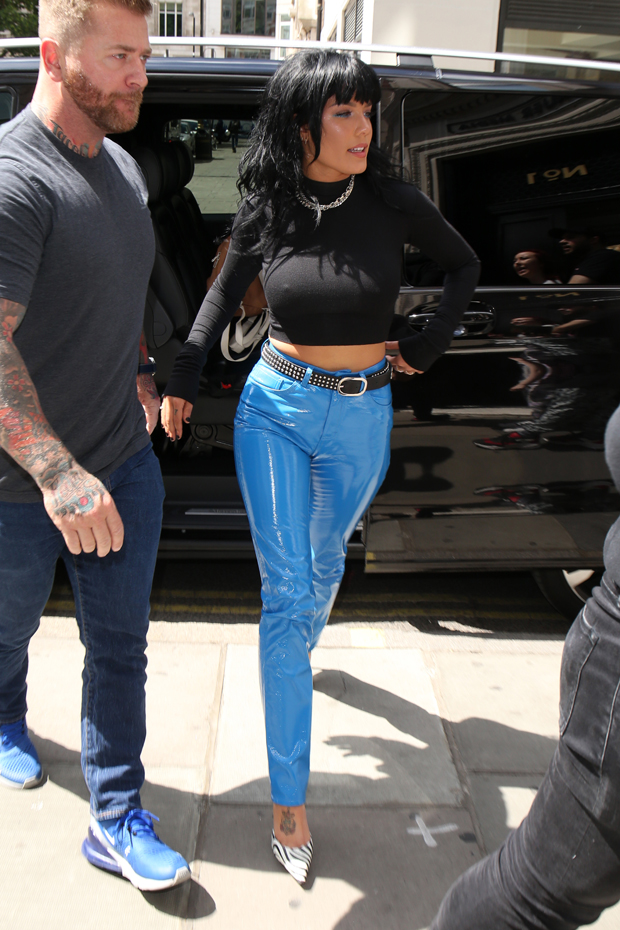 Halsey stepped out in London — without her boyfriend, English rocker, Yungblud — soon after it was announced that she will headline iHeartRadio Music Festival, which will be held on September 20 and 21 at T-Mobile Arena in Las Vegas. She joins the event’s other headline talent, Miley Cyrus, and Def Leppard.