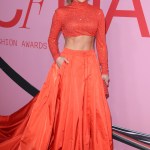 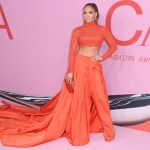 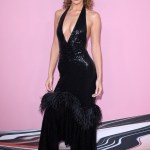 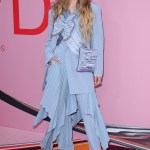 Shailene Woodley brought her fashion A-game to the CFDA Awards in New York on June 3, despite nearly suffering a wardrobe malfunction! The actress was seen exposing some slight side boob in her stunning black tuxedo dress.

Shailene Woodley, 27, turned heads while at the CFDA Awards in New York on Monday night. The Big Little Lies star showed up to the event in one of her boldest looks yet, and nearly had a wardrobe mishap when cameras caught the side of her dress. Shailene flashed major left side boob in her plunging tuxedo dress. But, she pulled it off like no other. — See her full look below!

The outspoken star, who recently told Ellen DeGeneres that she doesn’t floss her teeth, wore her hair in a sleek up-do ponytail. Shailene matched her black stilettos with her dress, and her pointed footwear featured exaggerated ankle ties. She carried a small, silver clutch as she made her way into the awards.

Since the event honored the best of American fashion, there weren’t many stars that played it safe on the red carpet, including Shailene. The Divergent actress even went all out when it came to her glam. She lit up the red carpet with her bright orange eye shadow and fierce cat-eye. And, Shailene’s neon eyes seemed to set the tone for other colorful looks on the red carpet. 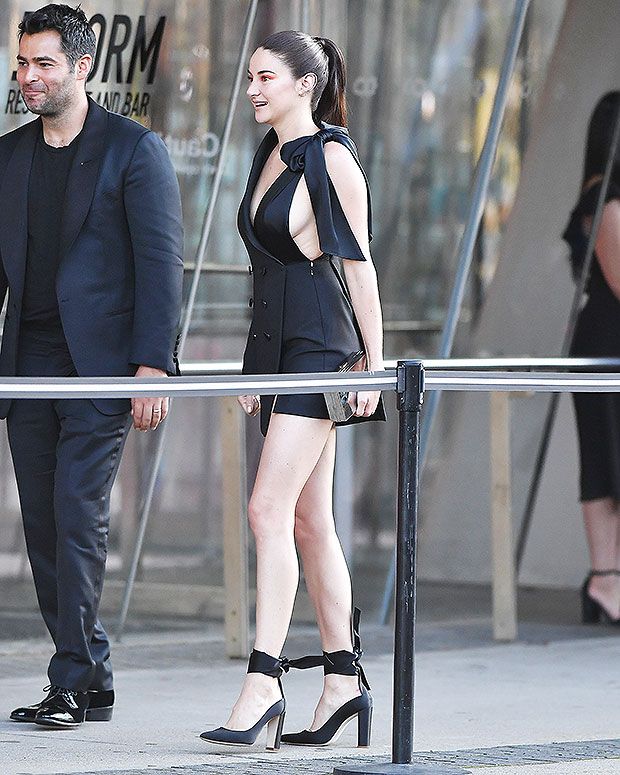 Shailene Woodley steps out in a black dress at the CFDA Awards in New York on Monday, June 3, 2019. (Photo credit: Splash News)

Other stars who made HollywoodLife‘s best dressed list at the CFDA awards include Jennifer Lopez, who showed off her abs in a sparkling Ralph Lauren number, and Bella Hadid, who wore a sequined black dress by Michael Kors. Be sure to take a look through our attached gallery to see all of the night’s best red carpet stunners.

Shailene’s been acing her fashion game lately. She looked radiant in a sheer black ensemble at the Big Little Lies Season 2 premiere in New York City on May 29. The actress wore a black leotard underneath a long mesh dress by Christian Dior. She also rocked middle front bangs at the premiere. — A complete 180 from her CFDA Awards look. Needless to say, we’re loving Shailene’s diverse styles!