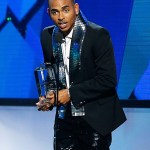 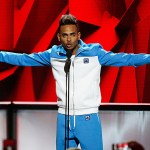 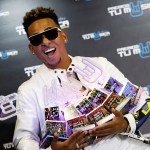 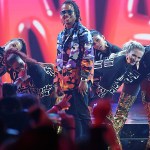 It may be June, but Ozuna has everyone feeling like it’s cuffing season and crying over their exes with his new track ‘Amor Genuino.’ Move over, ‘Marvin’s Room.’

If you’re tired of listening to the obligatory summer jam, Ozuna hears you. The 27-year-old Puerto Rican singer did a 180 from his last hit, the extremely successful remix to “BAILA BAILA BAILA,” and released the hit-you-in-your-feels track “Amor Genuino” on June 4. With piano notes and Ozuna’s haunting voice, the track is perfect to cry in the shower to — so much so, he started the #LaDuchaChallenge (AKA, the “Shower Challenge”). The Reggaeton artist hopped in his shower, lathered on the suds and belted out to his weepy new track, which he filmed for his 14.5 million Instagram followers.

Ozuna didn’t need to ask his followers to cry, however. “Ozuna got me missing an ex i’ve never had,” one fan tweeted about the track’s lyrics, as Ozuna crooned about how he missed a former flame. Another listener tweeted, “Ozuna said f**k a stallion summer y’all gon miss y’alls ex today 😭.” Meanwhile, other fans worried that this song doesn’t exactly fit into their “Single Ladies” playlists. “I was trying to have a city girls summer but Ozuna wants to be dropping sad s**t,” one such listener tweeted, and another like-minded fan posted, “Ozuna really wanted us in our feelings this summer huh” — complete with a sad Winnie-the-Pooh. Indeed, this is no “Old Town Road.”

Take a deep breath and dry your tears, because Ozuna’s next single arrives in just two days. On June 6, Billboard’s “Latin Artists” chart-topper will be back with the single “Te Soñe de Nuevo.” And fans are awaiting the release of his third studio album, “Nibiru,” which is believed to be coming soon!

ozuna got us crying in the club and texting our ex pic.twitter.com/n9qoIUnpuv

A growing number of listeners pointed out that “Amor Genuino” is essentially the Spanish equivalent of Drake’s “Marvin’s Room,” one of the most replayed songs for bittersweet lovers. “Amor genuino by Ozuna is basically a Spanish version of Marvin’s Room by Drake except it hits a little harder in Spanish,” a Twitter fan observed.