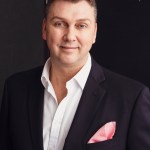 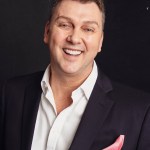 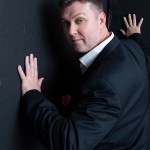 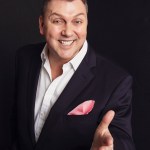 Warren Carlyle brings his dance expertise to ‘Kiss Me, Kate’, & reveals to HollywoodLife.com what inspired his Tony nominated choreography!

When Hugh Jackman found out that his one-man show choreographer Warren Carlyle was nominated for a 2019 Tony Award, the actor flew his friend to NYC, from his tour stop in Northern England. “It is so surreal,” he reacted to his nomination at the Meet The Nominees event just a few days later. Now, less than a week away from the Tony Awards, Warren is breaking down the thoughtful moves and decisions that got him the nomination for Best Choreographer for Kiss Me, Kate  in an EXCLUSIVE interview with HollywoodLife.

HollywoodLife: The choreography felt very theatrical and traditional Broadway — which makes sense because ‘Kiss Me, Kate’ is a traditional show. When it came to ‘reviving’ it, what was your approach?

Warren Carlyle: It just started like it’s a normal. Like it’s a regular, original show. I didn’t approach it like it had been done before. I started on page one and just thought, how am I going to make it good? I didn’t worry about what came before. I just worried about making a piece of theater for today — something that I would like to see, some of my generation would like to see. It’s been 20 years since the last revival, so there’s a whole generation of people that haven’t seen it.

So, I was trying to make really theatrical, really fun choices, big choices, and in a funny way. It has more equality than the last production, so the competition between men and women, that to me was like, ‘Oh, this is going to be fun.’ Because anything the men do, guess what? The women are going to do better. This was a really fun play on that and ‘Too Darn Hot’ is good example of it, is because every single section just climbed. That was all born out of this particular social time and this particular era and a million different styles that actually celebrates women and their sexuality. It’s almost like a MGM movie musical.

I took my time with it. “Tom Dick and Harry” is that character base — a little cheeky — your pelvis does one thing and your face does something else. Then, the tapping of course!

HL: I think the whole audience screamed when you had Corbin Bleu tapping upside down on a ceiling!

WC: It’s funny because when I was preparing the show, I wrote on my script, ‘Warren, don’t try too hard here.’ Because, it’s that point in the show where I’ve been punching and punching and punching and ‘Tom, Dick, and Harry,’ and ‘Too Darn Hot,’ and ‘Always True to You’ — it was so much and so percussive. So, I just wanted this to be a charm number, and in rehearsal it was perfect — it was beautifully charming. And I got on the stage and I said… ‘I think Corbin’s amazing but I don’t know if I am, yet.’

I saw it with David Rockwell‘s three layer set and then I was like, “Ohhhh.” The ladies need to dance on every single level, so that changed it right there. Then I was like, oh and then they need to tap dance, they need to speak his language. So then that changed it up a bit. And then I noticed Corbin’s dancing on the floor, he’s dancing on the stairs, and I sat one night in the third row and the only thing I could see was the underneath of the balcony. And I was like, ‘Ah! So now I know what I have to do — I just have to put that man’s feet there, I don’t know how I’m going to do it, I just have to get his feet to tap dance on the ceiling.

One afternoon, I just grabbed Corbin and said, you just got to flip upside down, put your feet on there, and he did. That was at the finish line — five days before opening.

HollywoodLife: Wow! Tapping is so hard and a lot of people don’t realize that. Do you go about choreographing tap than you do other types of dance?

WC: I do because with tap, you experience a line up, I line up certain steps. It goes like guh-guh, guh-guh, guh, guh. You’ve all got to be together at the same time. There are rhythmical markers, and they’re all going to hit the one at the same time. Six, seven, eight, one. So everyone knows, you have to hit on one. What happens is the audience doesn’t necessarily hear the sounds in between, but you hear the one. So I’ve learned over the years, that’s how I personally clean it.

HL: Because of the difficulty of tap, do you tend to stay away from it?

WC: No, I use it when it’s appropriate, in a funny way. Corbin’s Bill Calhoun is a hoofer, so the tap became his language, which is why I introduced him in “Too Darn Hot.” Traditionally in Kiss Me Kate that character Bill Calhoun has never been in “Too Darn Hot.” He normally has 45 minutes in the dressing room, but I didn’t want to do that Corbin and I think his language is really good. I also, selfishly, thought if we kind of goosed the language to have a new idea — of course I gave him the new idea of here he comes with his hoofer language! And then James T. Lane joins him and then suddenly you have a really good period for the Nicholas Brothers. Then, I can locate the audience clearly in the ’40s with that.

HL: Your dance team and the cast is so diverse. It really modernizes the show that was originally on Broadway in ’48. Was that purposeful?

HL: Was it important for you to pull modern dance into the show, since it hasn’t be done in 20 years and dance has, of course, evolved?

WC: It’s important. It’s like the Olympics, is actually how I think of it. Every other year at the Olympics, people are jumping higher, they’re swimming faster, they’re throwing heavier things, and dance is the same thing. I’ve worked on So You Think You Can Dance, too, and each year the standard of dancing goes up, so I always feel a responsibility — like I’m a gatekeeper of Broadway. If I’m lucky, I’ll do this for 20 years, and then it’s going to be someone else’s turn. So, I feel a responsibility to provide choreography that challenges those dancers, and to give audiences something that really excites them.

Dance is very accessible. World of Dance is a perfect example. Millions of people are watching that show. They can’t watch that show and then go to Broadway and have something that’s less than that. So, I am very aware, and I know our audience is aware of Broadway. They’re very well-educated now with dance. It can’t just be a double pirouette, it can’t just be two, it has to be eight. It has to be this unreachable, gorgeous thing.

HL: Wow, I’ve never thought of it like that. I love that!

HL: Absolutely. Now, in Kiss Me, Kate, Kelli O’Hara is spectacular, but she doesn’t have a full dance number. Was that purposeful?

WC: That’s interesting. We added late in the day a little dance in the opening, but it’s really interesting that she didn’t really dance. Originally, she came and sat on set like a grand’a in the opening, and they take a picture. But, actually we wanted a more youthful look at her, we wanted her to be part of the company, and actually dance was the way that we did that. The dance captain comes over and does like a little jive with her, a little underhand turn, and that was really it.

In “Wunderbar” there’s a charming duet in the dressing room that just has a little bit of youth to it and there’s a waltz, and I made a decision to not make it like The King and I. I didn’t want it to be in a classic frame, like King and I. It’s interesting with Kelli — it’s something I’ve never seen her do before, we’ve been watching her for 20 years and she always dances. And she’s so rough and tumble in Kiss Me Kate, I really kind of love it. I love watching her throw herself into it. Everything she does in the show is based in truth. All the comedy is based on absolute truth.

HL: Is it hard to have a character that doesn’t have dance in her story? Do you wish she did? Or her storyline doesn’t need it?

WC: I think that she doesn’t need to because her version of dancing is that voice. That’s how she expresses how she feels, is those beautiful soaring high notes, and those beautiful trails and runs.

You can see Kiss Me, Kate on Broadway, now!