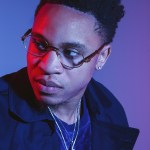 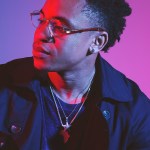 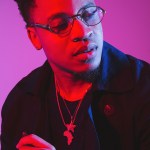 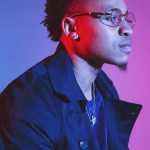 HollywoodLife caught up with triple threat singer, actor, & model Rotimi to hear all about his new music, and what fans can expect from his role in the final season of ‘Power.’

Just in time for summer, Rotimi is back with new music and his latest single, “Love Riddim” contains all the island vibes you’ll need to kick off the warm weather months. HollywoodLife caught up with the R&B musician, also a star on the hit show Power, to hear about the new chapter in his music career, his smash video for “Riddim Love,” and what we can expect from his character, Dre, in the final season of the Starz show.

“‘Love Riddim’ for me, I think that we’re in a climate where there’s so much stress and anger and evil,” the 30-year-old singer tells us. “I wanted something that led with the word love. Rhythm is kind of just your interpretation of sound, movement, vibes and a rhythm is definitely a thing where other people are involved, so I wanted it to be basically a way of saying ‘spread love,'” he told us.

The track hold an infectious Caribbean vibe and that’s exactly what Rotimi was aiming for. “I wanted to make feel good music and let people say whatever they wanted to say about it. I just wanted something that’s so timeless that even in the winter, if you played it in the winter time, you’re going to envision yourself on a beach. It takes you out of yourself. It’s perfect for the summer.”

While the song is a solid standalone, it’s set to be featured on a full-length album from Rotimi, due out later this year. “It will be very different,” he says of the release. “We took a song that I did called ‘Want more’ for my last project, and that kind of led the way for this. We took the formula of how that song was — like a Caribbean, island-esque type of vibe, and we made this project which has seven songs on it, all in the vein of that. It was true to myself. I really feel like I’m exactly where I’m supposed to be, who I am now from this and I’m excited. The world hasn’t heard a sound like this before.”

Rotimi also took a minute to dish his thoughts on the forthcoming season of Power, which will mark the show’s final run. Season six, for me, just speaking on the Dre character, you’re going to get to learn him as a real person. You get to see why he’s made a lot of the decisions that made people so angry. You get to see him be a father, you get to see the vulnerability in him and you get to understand him as a man. I’m excited as an actor because I was able to do so much that I’ve never done before. People are going to really fall in love with it,” he promised.