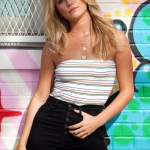 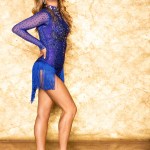 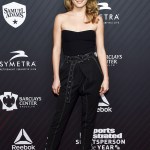 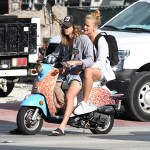 The blonde bombshell flaunted her bikini bod in a series of sizzling Instagram photos on May 21 and she looks just like her doppelganger mom Christie!

Sailor Brinkley Cook made jaws drop when she took to Instagram on May 21 to show off her impeccable figure and a perfectly sun-kissed tan. The 20-year-old daughter of supermodel legend Christie Brinkley, 65, shared a series of sizzling photos with her followers while strutting her stuff along a picturesque beach. The blonde bombshell frolicked along the water’s edge in a skimpy red and purple string bikini. Sailor flaunted her long, endless legs and rock hard abs in one image. Another snapshot revealed the model’s perfectly toned butt while she strolled through the crystal blue ocean.

Fans gushed over the photos and comments included, “A pure beauty in pure beauty,” “You look amazing just like your mother,” and “Great body great tan wow amazing beauty.” The stunner posted another set of photographs neck-deep in the sea. “7am, still half asleep, coffee cup waiting for me in the sand, living my best damn life,” she captioned the tranquil image of herself smiling happily.

Sailor rose to stardom after she launched her modeling career at the age of 15 and it’s no wonder the doppelganger daughter of Christie made a splash into the industry as she takes after her mom’s stunning looks. She was signed to IMG Models in 2013 and has been rocking the runway since!

Sailor is Christie’s third child that she welcomed with her fourth husband, Peter Cook, 57, in 1998. Christie and Peter tied the knot in 1996 and divorced 12 years later in 2008. Sailor’s older siblings are Alexa Ray Joel, 33, from Christie’s nine-year marriage to singer Billy Joel, 70, and Jack Brinkley Taubman, 23, from her short-term marriage to Richard Taubman.