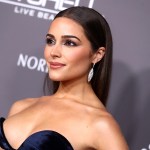 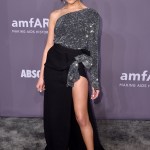 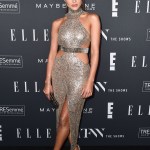 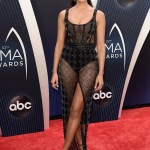 Danny Amendola appears to be just fine after his split from Olivia Culpo.

While Danny Amendola, 33, went on a rant about ex-girlfriend Olivia Culpo, 27, he seems to be doing okay without her now. The wide receiver football player was spotted with a mystery woman in Miami, Florida, just one month after his long Instagram caption about his ex. Danny strolled along the beach in a green bathing suit on May 11 while his blonde friend wore a white bikini and shorts. The two were spotted getting friendly as she touched his stomach.

Danny and Olivia were together from 2016 to 2018, and he called out the social media star on social media last month for her alleged obsession with fame. “Olivia chooses and wants to be noticed on the internet and in Hollywood to make money,” he added. “Which was hard for me to understand but quickly had to learn.” Olivia went through this attack on her character while shooting for Sports Illustrated Swimsuit – which was likely bittersweet due to the surrounding events.

Olivia spoke out about that day recently on Instagram, following her announcement that she’d be included in the upcoming Sports Illustrated Swimsuit issue. “I landed in Australia to shoot these photos with some info that rocked my world,” she said in the caption. “Looking back at this first picture, I know exactly what was going through my mind at the time. I was so incredibly thankful for the opportunity to be doing something I had dreamed of, and wished and hoped for since I was a little girl. And I sit here today feeling SO grateful.”

The two seem way happier now that they’re apart, and we’re glad that they’re both moving on. Olivia has been seen getting flirty with Zedd recently, so she seems to be doing just fine, post-split as well!