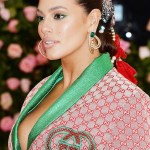 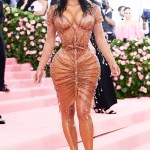 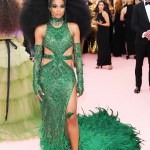 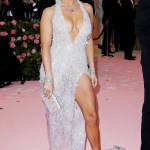 Kim Kardashian took hourglass to a whole new level at the 2019 Met Gala in her Thierry Mugler couture gown. Her curves literally defied humanity — so we asked a top plastic surgeon how she got her look.

Kim Kardashian, 38, has always had eye popping curves but her dramatic dimensions at the Met Ball 2019 were positively perplexing. Her waist was so snatched, rumors started flying that she’d actually had ribs removed. Her personal trainer was quick to shoot that theory down though. So how exactly did she  get her extreme curves? Top plastic surgeon Dr. Rady Rahban tells Hollywoodlife EXCLUSIVELY that it’s likely a number of things that went into her epic fashion moment, including layers of “padding.”

The board certified surgeon explains that even plastic surgery can’t fully achieve the look Kim rocked on fashion’s biggest night. “She has a corset on. I can put a corset on you and make it so tight that you won’t be able to breathe, a corset is not some mild thing. The corset part of her figure is contributing more than 70% to what she looks like in that photo. If you look at her waist, that is not what it looked like a week ago,” he explains.

“It is also very likely that they have added padding under the dress to make her hips and buttocks look bigger,” Dr. Rahban adds. “You know how they do that right, they add layers and layers and layers of leggings with padding and then over top of that they add the corset so it gives this very dramatic appearance of an incredibly small waist with much bigger hips and buttocks.”

Dr. Rahban cautions women from attempting to achieve the extreme look at their surgeon’s office. “The problem is that young women are going to look at these pictures of Kim from the Met Gala, and they’re going to want it and we need to tell them that it is not possible. That her look is like Cirque du Soleil, she is dressed in a costume, like she is coming out of a play or a Hollywood theater,” he says, adding, “Great, it is very cool, but to say I want my body to look like that without the corset and the dress, that is like going to the movies and saying I saw this lady and she looked like a Klingon and I want to look like that. People need to remember that Kim is wearing a costume in these pictures from the Met Gala. The way Kim looks in those pictures, even Kim doesn’t really look like that.”

And while Kim Kardashian’s personal trainer Melissa Alcantara lashed out at haters who accused Kim of being “all fake” after the Met Gala, and defended her as being “all natural” (in a since deleted IG post), Dr. Rady Rahban isn’t convinced. “I would say 99.9% of human beings are not built in such a fashion where you are going to be able to get that shape without surgery. Remember you’ve got to give birth, a baby has got to come out of your abdomen, you’ve got to be able take a deep breath.  And if you look back and chronicle Kim Kardashian’s physique over the last 15 years there is no way for her to exercise to get herself into that shape. When you exercise you gain muscle, you don’t change dimensions, so to speak. So the bottom line is there’s no way to get that shape without plastic surgery, and even after plastic surgery you need to add the corset and the padding.”