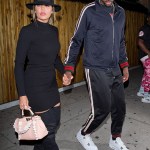 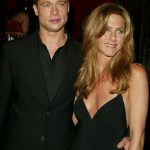 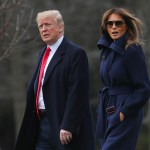 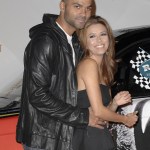 After YouTube Gamer, ProJared, confirmed that he and his wife, Heidi O’Ferrall, have split, she took to Twitter to accuse him of infidelity and claims he’s been hiding other shocking secrets from her for MONTHS!

ProJared and Heidi O’Ferrall are DONE! The breakup was first confirmed by the YouTube Gamer with the following statement on Twitter: “My wife Heidi and I have filed for divorce. I know this may comes as surprising and upsetting for many of you, but know that we do this so that we may both seek happiness for ourselves. During this time you may see a lot of rumors, speculation and gossip going around. I ask that you make your own observations and come to your own conclusions. I will add that this decision was reached after extensive individual therapy on my part and couples therapy together. With that said, this is all I plan on stating publicly regarding this matter. Heidi’s privacy, mental well-being and discretion has always been and will remain my highest priority through all of this. It is my hope that we both exit this marriage with style and grace. I plan on continuing to do everything I can on my part to make this happen.”

Heidi caught wind of the message that Jared put out there, and she was clearly not pleased with it. So, she decided to tell her side of the story, and it’s not pretty. “I recently learned that my husband, ProJared, has been f***ing Holly Conrad behind my back for months,” she wrote. “I have no idea what announcement he just made because he blocked me. I have proof. Explicit conversations and photographs of their relationship, which he extensively lied to me about on many occasions. He was promising me that he was committed to our relationship at the time, and promising her he was breaking up with me.”

The scathing tweets only got harsher from there, with Heidi claiming that Jared has continuously made her ‘feel responsible’ for issues in their relationship over the last several months, and said that he lied about his alleged infidelity when she confronted him with her ‘proof.’ “He told his friends a version of events that omits his infidelity and portrays me as an aggressive and unreasonable person,” she explained. “As though I’m randomly angry and upset all the time, for no reason at all. It’s because he’s abusing me. His statement is nothing more than an attempt to silence me before I can reveal anything.”

I held on to this marriage for SO LONG because I believed in his goodness and he gave me just enough false hope to keep me hooked. He insisted he was trying, if only I were better. I thought if I was humble & corrected myself, love would eventually win out.

Tbh I don't even want people to hate Jared. That's not the point. I don't hate him. I think he needs help and I hope he gets it.

My story and pain are still valid, and being able to finally share this after a year of suppressing it is the most liberating experience I've ever had

After that, Heidi addressed her husband’s alleged mistress, Holly, and accused her of sending nude photos to Jared. “You look very ashamed and insecure in all the nudes you sent my husband,” Heidi wrote. “I think it would help your chronic self esteem issues if you started f***ing men that weren’t already married.” Heidi claimed that she read ‘explicit messages’ between Jared and Holly, which revealed to her that they’ve allegedly been “hooking up on all their work trips since last fall.”

Heidi said that this whole situation has left her living in a “private hell for the last year.” On top of the alleged cheating, she also accused Jared of making a private Snapchat account, where he allegedly regularly received nude photos from fans. “I found out via a fan comment,” Heidi explained. “I felt pressured to allow it even though I was uncomfortable. Anytime I gave him an inch, he took a mile. I believed that he shut it down in late 2017, but now I have reason to believe it continued for long after that.” She also made it clear that her revelations were a direct response to Jared releasing his statement. “I was planning to be a lot more civil in my announcement, but then Jared blindsided me with his bulls*** vague statement pretending that our relationship ended or any reason besides his extensive infidelity,” Heidi said.

Heidi, who is a designer and cosplayer, and Jared got married in June 2014. Holly, who is also an artist and a cosplayer, was previously married to Ross O’Donovan from 2012 until 2018.