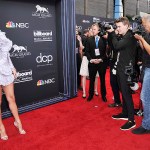 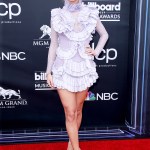 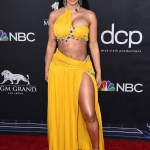 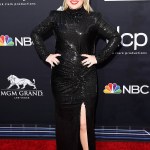 Awards ceremony are long and sometimes celebrities get hungry. That’s exactly what happened with Jungkook, 21, during the Billboard Music Awards on May 1. The BTS member was seen snacking while sitting down during the show. He was super casual about it and didn’t cause a scene. He came prepared! Nothing like a little snack to get you through the night.

Videos of Jungkook snacking during the show went viral and hearts melted over yet another adorable Jungkook moment. “JUNGKOOK REALLY DOES ONLY ATTEND AWARDS FOR THE SNACKS HAHAHHAHAHAHAHAHAHHAHAHAHAH KUNEHONG TO POTA,” a fan excitedly tweeted. Another fan wrote, “SO UR TELLING ME JUNGKOOK ALREADY RAIDED THE SNACK TABLE??? IM CRYING.” One fan tweeted, “Jungkook and snacks, my favorite duo in this world.” Fans noted on Twitter that Jungkook loves to eat snacks at events, especially awards show. The snacks saga continues.

Jungkook also got a little emotional during the ceremony. He teared up during Halsey’s amazing performance of “Without Me.” Halsey and BTS recently collaborated on the hit song “Boy With Luv” and performed it during the BBMAs. It was one of the most highly-anticipated performances of the night. The song is off their latest album, Map of the Soul: Persona. The music video for the song was the most-viewed 24-hour debut in YouTube history with 74.6 million views.