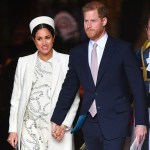 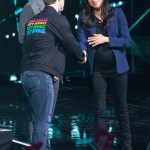 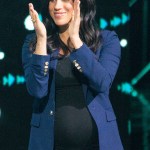 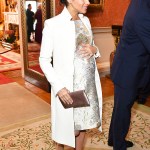 We all know Meghan Markle is going to be an all-star mom, but a source close to the royal told HL EXCLUSIVELY why she was ‘born’ for the job.

It’s any day now that Meghan Markle, 37, who’s been looking ready to pop, will have her baby with Prince Harry, 34. While we already had an inkling that the former Suits star would make the best momma, a source close to her revealed why it’s always been in the cards. “Meghan has always been loving, caring and nurturing so it’s only natural that will all translate into being an amazing mother. She’s very easy going too and doesn’t stress easily so nothing is worrying her about it all,” the source EXCLUSIVELY told HollywoodLife. “She’s just really excited and honestly so happy and in love. She’s always been a really great girl and was born to be a mom. She was born for to be a princess and a mom — It’s so obvious.” HollywoodLife has reached out to a royal rep for comment.

The source went on to reveal that Meghan has been absolutely showered with gifts since announcing her pregnancy! “She’s been receiving tons of gifts to prepare as everyone keeps sending her clothes and such for the baby. The baby will be better dressed than any other baby, that’s for sure. It’s been a bit overwhelming because she doesn’t expect anything but she’s so grateful for all the gestures.”

However, it could still be a while before we catch a glimpse of the baby seeing as the couple have opted to have a super private birth. “The Duke and Duchess of Sussex are very grateful for the goodwill they have received from people throughout the United Kingdom and around the world as they prepare to welcome their baby,” Kensington Palace said in a statement on April 11. “Their Royal Highnesses have taken a personal decision to keep the plans around the arrival of their baby private. The Duke and Duchess look forward to sharing the exciting news with everyone once they have had an opportunity to celebrate privately as a new family.”

Meghan and Harry first announced they were expecting in October of 2018, just five months after they tied the knot in May of 2018. They may not have shared their due date, but they have shared their excitement with the world. “Their Royal Highnesses very much appreciate all of the support they have received from people around the world since their wedding in May and are delighted to be able to share their happy news,” a statement from the palace read that day.