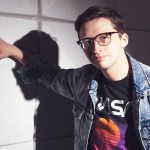 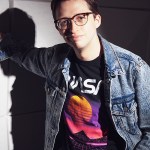 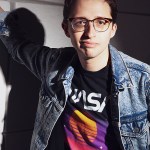 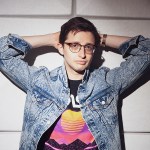 Will Roland’s new role in ‘Be More Chill’ gives audiences a complex look at the dangerous side effects of transforming yourself to ‘fit in.’

Be More Chill has been the talk of the Broadway community since its fans resurrected the show following a stint in Red Bank, NJ, and quite literally brought it to the Broadway stage. Will Roland joined the cast during the Off-Broadway run, fresh off his long tenure in Dear Evan Hanson, which many have compared to the new sci-fi musical. “I think part of what’s wonderful about Be More Chill is that, obviously it’s exploring heavy and real topics and these serious issues, but because we approach it through a sci-fi lens, we are allowed to play a little bit more and have a little bit more fun, and in that way, be a little more disarming with our message,” Will explained in an EXCLUSIVE interview with HollywoodLife.com. “I was in Dear Evan Hanson for a very long time and that show presents its complex, moral message in a very earnest way. The thing that I love about Be More Chill, is that it presents its moral message in a much more convoluted, sneaky, subliminal way.”

He continued, “The thoughtfulness, and the heart, and the emotion of Be More Chill is not living on the surface, it’s living below the surface for the production, but also for our characters, and for our audience members, it bubbles up at unexpected times.” In the show, which is based on the 2004 novel of the same name by Ned Vizzini, Will plays high schooler Jeremy Heere who wants nothing more than to fit in and get the girl of his dreams — theater-lover Christine Canigula (Stephanie Hsu). He becomes enticed by an off-the-market drug called a “SQUIP” — “super quantum unit intel processor” — that implants itself into the users brain and tells the user what to do and say. “It’s all about that push and pull between this boy who wants to be this exuberant weirdo, but feels no permission and no freedom to do that,” Will explained. “When he gets the SQUIP, all of a sudden, he’s actually very able to interact with people and to sort of take on this role that this SQUIP is projecting on him.” 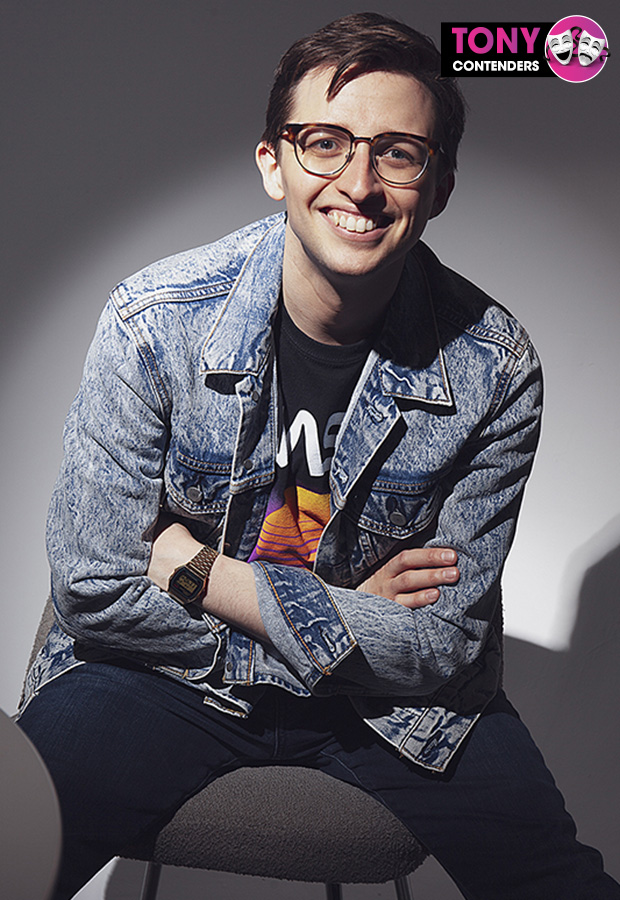 Jeremy’s SQUIP comes in the form of Jason Tam who takes on a Keanu Reeves-type persona, and directs Jeremy through his decision-making, from what to say to what to wear. “The SQUIP represents the various factors in our life that cause us doubt and anxiety, like social media,” Will added. “A lot of people have also considered it as a metaphor for medication, and various anti-anxiety drugs, and I think there’s an element of that, and I think that is a lot of what the original novel was about. But,I think that our show is a little bit more about Siri, and Facebook, and Alexa and all that sort of stuff, and how much of that do we let into our lives, and what does it do to us when we just continue to feed it information.”

Be More Chill has the production and story that us, Broadway lovers, haven’t necessarily seen on the big stage, but have certainly been missing. It’s a message for all ages, which is something Will and his cast do not take lightly. “It is very, very traditional, old school, musical comedy that is couched in a lot of new, contemporary tech and language, and it is profoundly optimistic and profoundly joyous…but it is not pandering, it’s never dumb, it never lowers itself,” Will concluded. “It is a fully realized, heartfelt, artistic endeavor, that is also a lot of fun.” He added, “I also think it’s unlike anything that has hit Broadway in a very long time. Be More Chill proudly embraces the traditions of those sci-fi movies, of teen comedies, of Broadway musical comedies — it is very much the oldest and newest ideas smushed together into one.